I certainly was after reading about it. And after lots of researching and “testing,” I’m giving you the best audio sites and podcasts that will turn up the heat – consensually and with respect, of course.

They also have a rating system, with one peach meaning the story is flirtatious and sweet, two peaches meaning it’s passionate and exciting, and three peaches meaning it’s hot and kinky. On top of this, they tag their stories with the sex acts involved, as well as the narrator. This way, if you find a narrator who really turns you on, you can find the voice actor’s full catalog.

quinn is cool because it tells you what voice the narrator uses (like gentle or rough), what kind of audio it is (girl on girl, in public, first time), and which user the voice belongs to. Some users even allow you to submit your name – for example, one narrator moans it upon request (he has 2,266 plays in total on his page). You can also go to playlists filled with sexy audios, with different genres including “Proceed with Caution,” “Teacher’s Pet,” and “Quickies.” 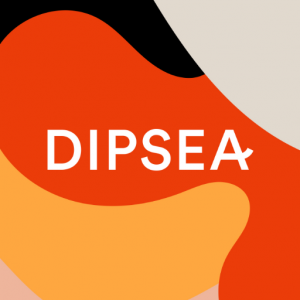 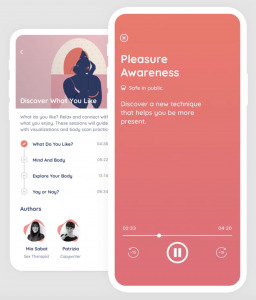 emjoy is specifically made for women to normalize our sexuality through “no-frills, real facts, and real fun” erotica audio stories – 100+ of them.

This app is a unique one, and I wasn’t sure about how I’d feel using it. Not because of the sexual aspect, but because they have audio related to body acceptance and image, sexual wellbeing, and figuring out what you like sexually. It was almost…weird(?) to feel like an erotica site cared about my deep-seated issues. But I didn’t let that deter me, and I’m glad it didn’t. 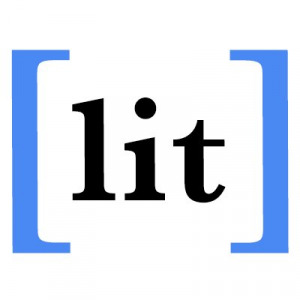 Ah, Literotica. Literotica is where most find short, to-the-point, steamy written stories (hence the name). But they have an entire section dedicated to audio erotica, too! And unlike some of the previous apps and sites, it’s completely free to everyone.

To Read More About Sex, Check Out These Articles:

40+ Ladies, You Can Still Jumpstart Your “O” Game With These Sex Toys

Follow These Communication Tips To Have The Best Sex Ever

Awareness Laundering Is A Bad Habit You’re Probably Doing Right Now, And You Should Stop Keep Reading
If You Have Trouble Identifying Your Feelings, An Emotion Wheel Can Help Keep Reading
This Secret Workout Hack Finally Made Me Love Exercise Keep Reading
I Did Everlywell’s Food Sensitivity Test, And The Results Were…Interesting Keep Reading
Mushroom Coffee Is The Best New Health Trend For Your Mornings Keep Reading
Leave A Comment
Share
Join the Conversation
Cancel reply
shesafullonmonet_ Follow
View Open