I pride myself on my unabashed spontaneity. Sure, my friends may call me impulsive at times, but I prefer to think of myself as more…unfettered. Adaptable. A free spirit who eschews expectations.

That is, except for around 9 p.m. on weeknights, when my routine becomes as predictable as clockwork: I’m curled up Indian style in my fuzzy PJs, balancing a generous bowl of peanut-butter ice cream on my lap, and scrolling voraciously through the latest posts on Reddit.

I’ll admit, I spend far too much time on this all-absorbing network of forums. One of my favorite communities, for instance, is /r/aww, where users post adorable photos of their pets or baby animals they’ve seen in the wild. And then there’s the ever-intriguing /r/AskReddit, where people ask thought-provoking questions about…well, anything.

One topic that pops up frequently is celebrities. Especially on AskReddit, people can’t seem to get enough of celebs. The post, “Which celebrity is NOT as nice as they seem?” generated more than 15,000 replies (and some of the answers might surprise you). One user even asked, “People who’ve had sex with celebrities, how was it?”; that topic spawned more than 17,000 responses (NSFW, of course). There’s even an entire forum called /r/Celebrities, devoted purely to celebrity gossip.

And, as I recently learned, there’s now another way to connect with your favorite celebrities: You can share the very same space that they did, on the sets of their most acclaimed movies and TV shows.

Whether your Netflix queue consists of whimsical fantasy flicks, or your DVR is programmed to record the next melodramatic episode of reality TV, chances are you can follow in your idols’ footsteps for your next novel getaway. The filming locations of your favorite on-screen entertainment sources are often available for rent on Airbnb — and they won’t all break your budget.

Here are seven famous Airbnbs from TV shows and movies, sorted from lowest to highest in price. 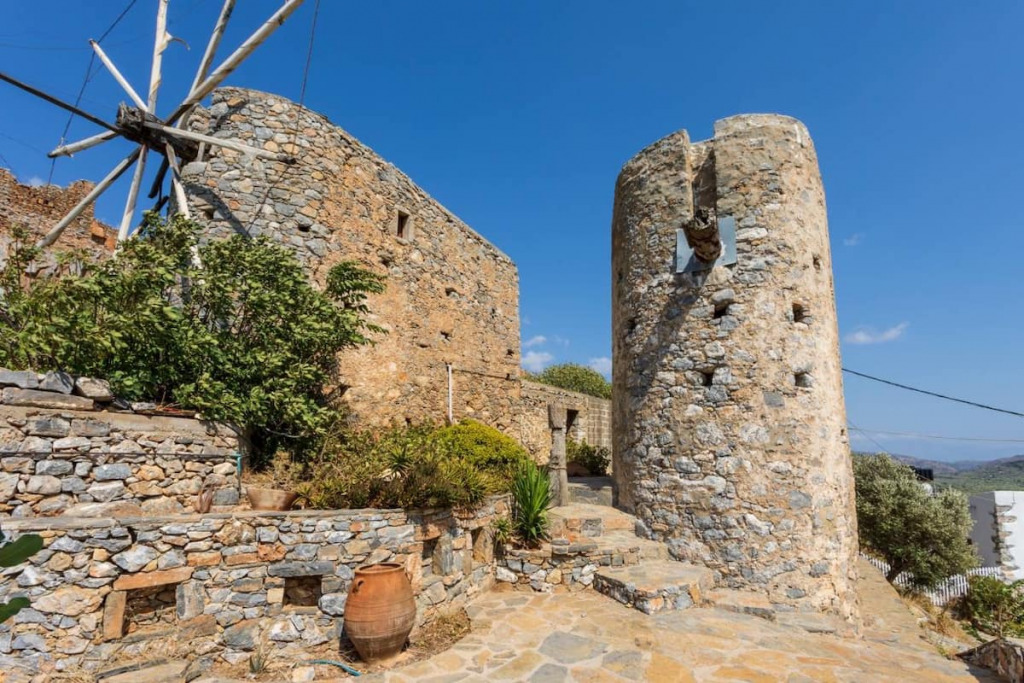 Nikithianos, Greece
$59 per night
The Bachelorette

Yep, this is the rustic windmill (or “earth house”) where Hannah and Peter supposedly had sex four times during season 15 of The Bachelorette. If a trip to Nikithianos, Greece, just happens to be on your bucket list, you and your beau can take the windmill for a spin for only $59 per night. The downside? As the description notes, there’s no bathroom in the main area; you can only access it through the exterior stairs, one flight below. Definitely not handicap accessible, so tread gently. 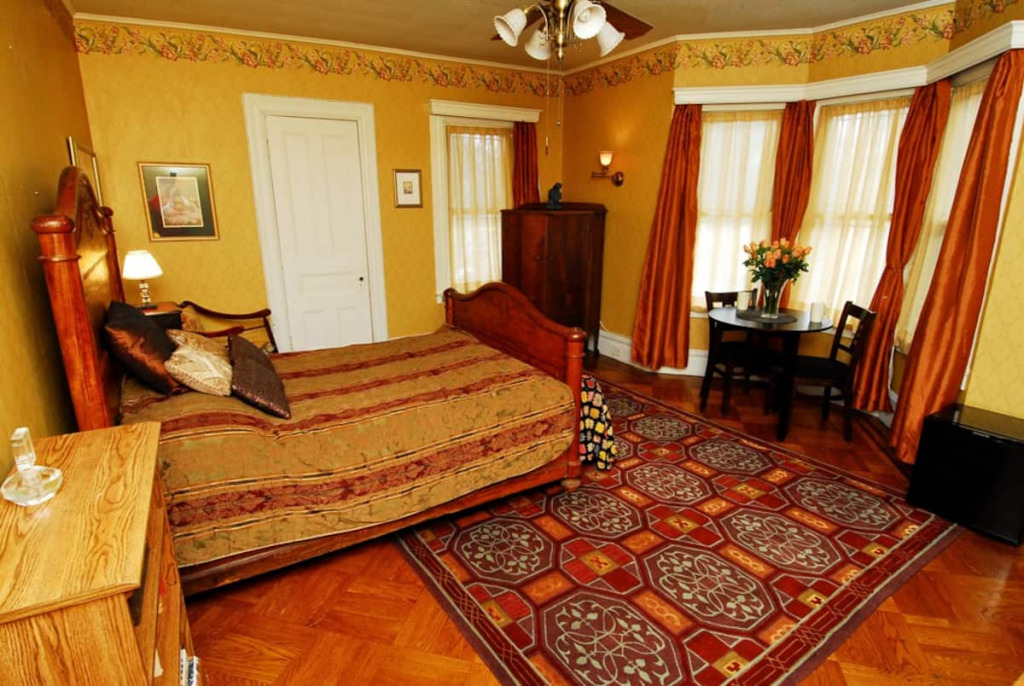 Even if it hadn’t appeared in more than one feature film, this “large, sunny, inviting private bedroom” could brighten your stay for $75 per night. But let’s face it, the real mood brightener is that you’re breathing the same air as heartthrob Ryan Reynolds in the romantic comedy Definitely, Maybe. The Victorian home was also the set of the movie Solitary Man, with Michael Douglas and Danny DeVito, and the TV series Damages with Glenn Close. Definitely, maybe, book it. 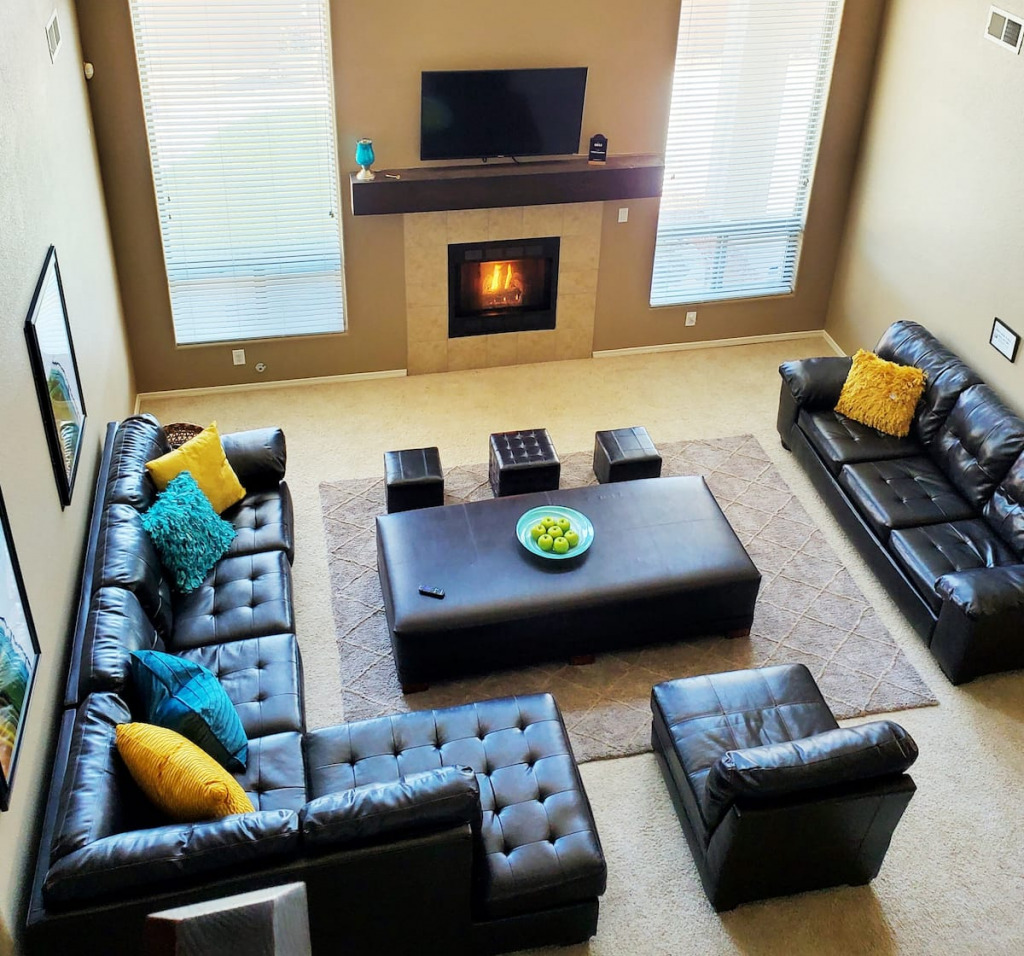 Okay, superfans: Remember that season five episode, “Hazard Pay,” where dynamic duo Walt and Jesse don their hazmat suits to build a meth lab inside an Albuquerque home? Now you can plop down on that very same couch, with access to the entire 3,600-square-foot residence, for $169 per night. No, the owners don’t recommend that you cook meth here — although they do invite you to cook s’mores. But if you express that you’re a Breaking Bad fan during booking, the hosts will leave out hazmat props so you and your own partner in crime can re-enact your favorite scenes — legally. 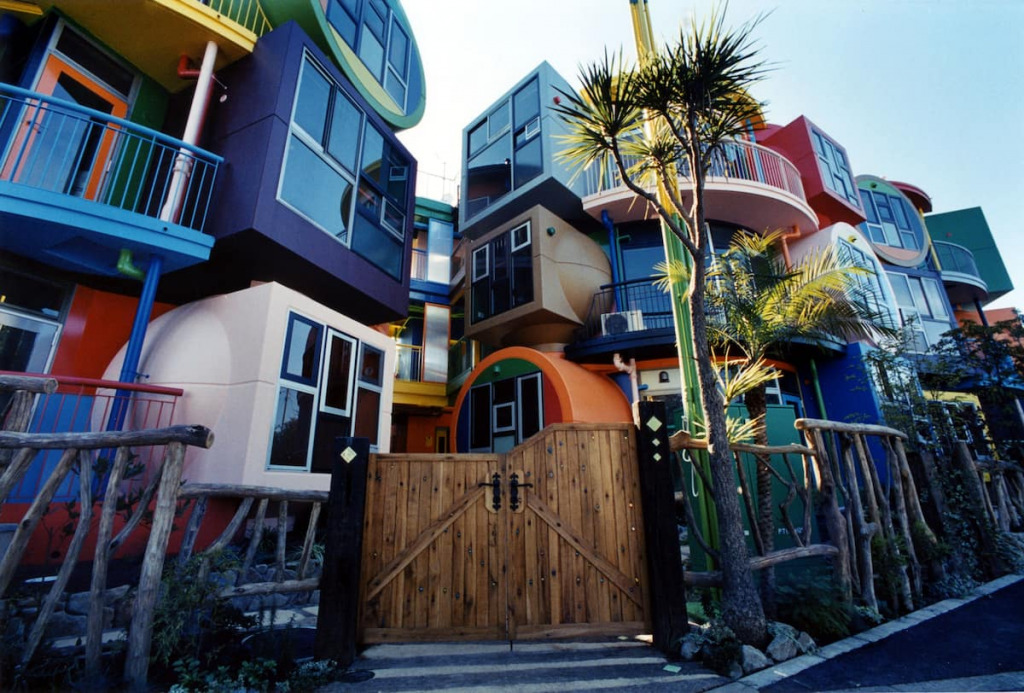 Remember Shoshanna Shapiro from Girls? If you’re female and a millennial, you probably found yourself sucked into her drama on more than one occasion, and you still have mixed feelings about it. But let’s face it, we’re all nurturing our inner Shoshanna sometimes, yearning for adventure and self-discovery, even on the other side of the world. If you can relate, consider booking a stay at Shoshanna’s Tokyo apartment, the offbeat center of season five of the show. For $201 per night, you and up to three other guests can get into your own Japan-style shenanigans, inspired by these “reversible destiny lofts.” 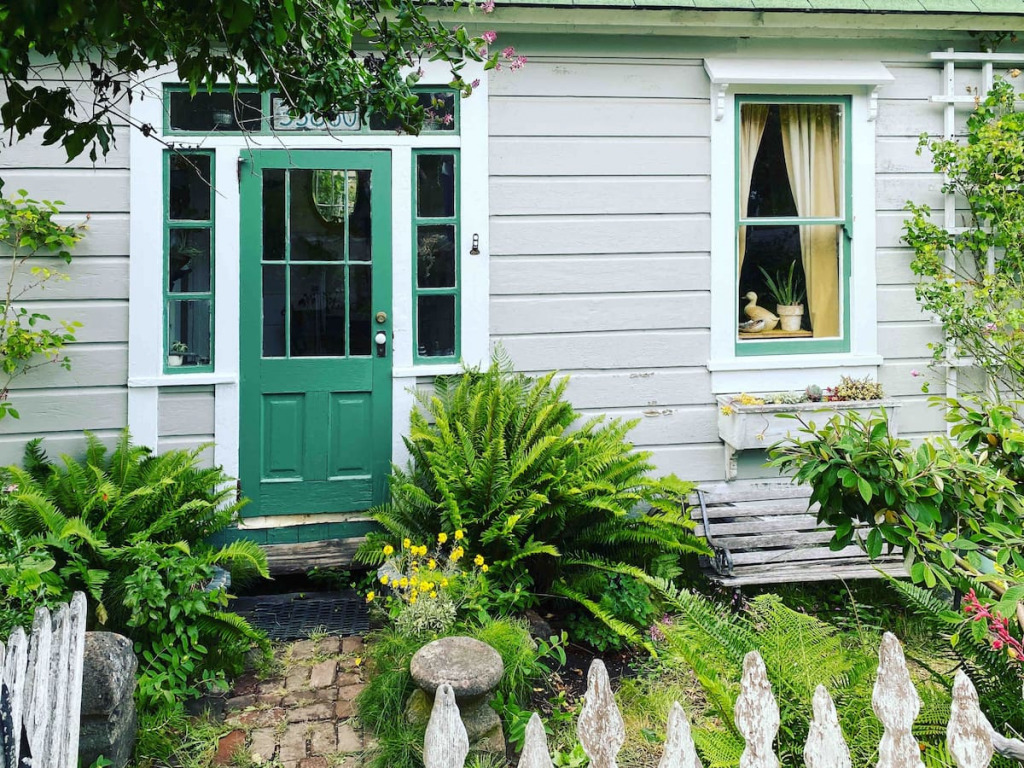 Maybe your idea of the perfect vacation doesn’t quite involve thrill seeking or plunging into a fantasy world. For a quieter, more peaceful retreat that still has show-business roots, consider renting the Albion, California, cottage featured in Murder, She Wrote. For $244 per night, you and your family (including well-mannered pets) can gain access to the quaint, 1900s-era property nestled along the Pacific coast. While the historic cottage experience seems best suited for finding your zen, you never know — just like protagonist Jessica Fletcher, you may find yourself solving crimes while penning your debut mystery novel. 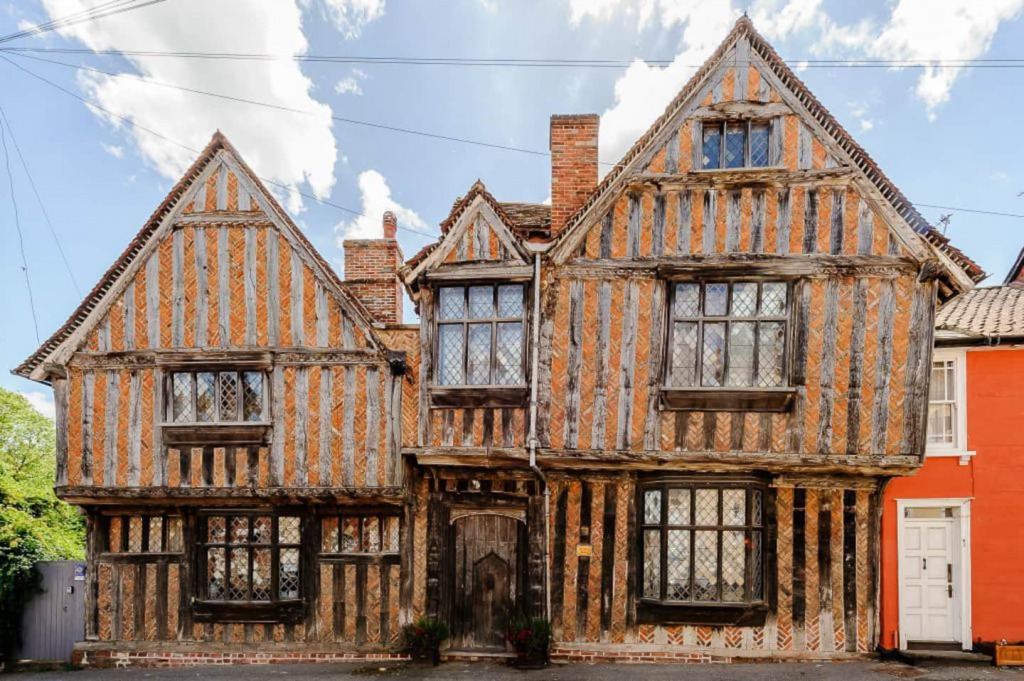 For you card-carrying members of the Harry Potter cult, here’s some good news — you can make your vacation more magical with a quick hop across the pond. For $258 per night, you can explore your inner wizard at the 14th-century De Vere House, a former bed-and-breakfast in the medieval village of Lavenham, England (portrayed as Godric’s Hollow, Harry’s childhood stomping ground, in the blockbuster films). Unfortunately, guests must be at least 18years old to stay at this now-residential home, but let’s face it — if you’re already a wizard parent, give yourself permission to wave the proverbial magic wand and leave the kids at home. Gryffindor or Ravenclaw? 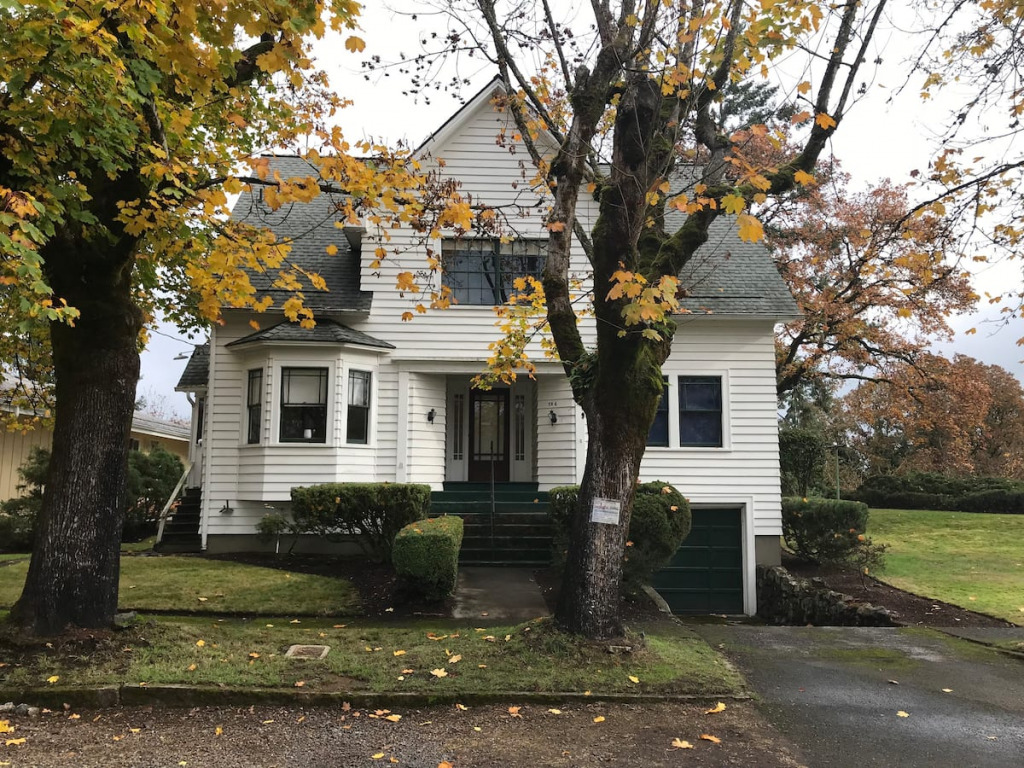 If you don’t fall under the spell of witchcraft and wizardry, but you still find yourself fascinated by fantasy, well…maybe you’re a purveyor of vampires. For $446 per night, you and your clan can rent the beloved “Twilight Swan House,” otherwise known as Charlie and Bella Swan’s home in the Twilight movies. The actual 1930s villa rests not in the series’ gloomy Washington town, but in Saint Helens, Oregon, by the historic Columbia River waterfront. Still, there’s plenty of room for imagination if you want to re-enact your favorite vampiric scenes — especially during October, when the home displays its Halloween decor. Plus, you can sink your fangs into some of the tastiest food the Pacific Northwest has to offer; just avoid the garlic, because you don’t want to scare the vampires away.

Of course, these listings represent just a few of the Airbnb properties that have been featured in TV or movies. I’ve intentionally chosen rentals that are at least moderately affordable, or under $500 per night for at least two people. But if you prefer to dream big, you have plenty of options to host a lavish, faraway romantic getaway or adult slumber party overseas. You can even get uber-fancy and rent the entire French castle from “The Real Housewives of Beverly Hills” (for $5,464 per night). 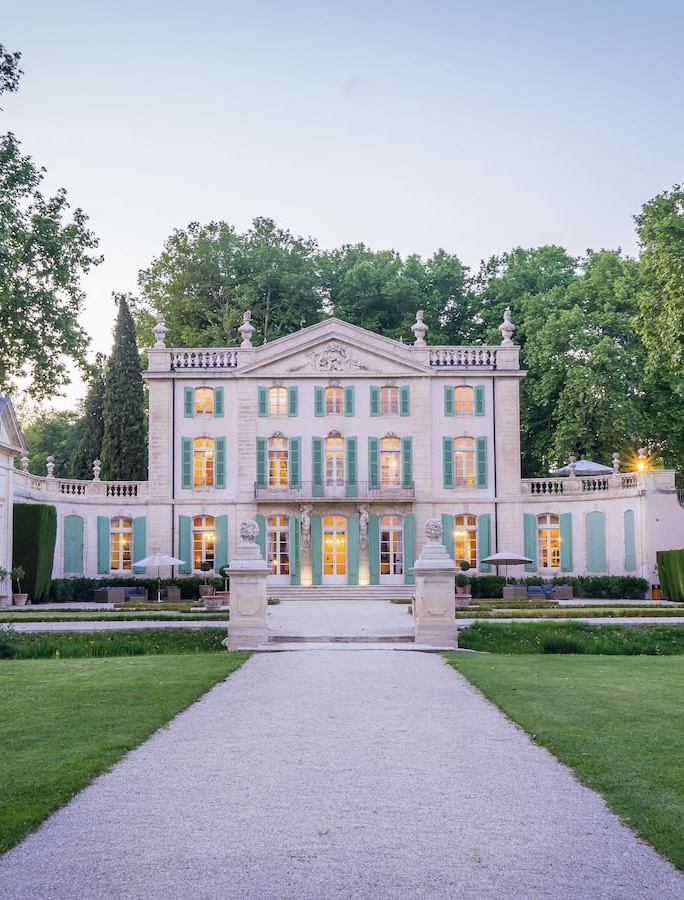 Personally, though? My motto is, dream bigger. You don’t need to flee to a castle across the world to be treated like royalty. Build a castle in your own home, in your own mind, and treat yourself like royalty.

What’s your favorite movie or TV-house destination? Let us know in the comments!

Want More Travel Tips? Then You Should Read:

Live Alone Or Traveling Solo? Staying Safe Is Easier Than Ever With These New Apps And Gadgets

Traveling Soon? Packing By Color Will Help You Travel In Style Easily