I love photography, and it’s by far and away my favorite art medium. When I was young, my parents took me to an Ansel Adams exhibit, and afterwards, I begged them for a camera –  which I got and used obsessively for a few months before discovering my photo taking skills were not so great.

That Nikon is somewhere collecting dust, and I’ve been taking photos with my phone like most of the population. But lately, my fingers have been itching to use a real camera again, so I looked into purchasing a reusable film camera, and I’m thrilled with my new purchase!

There are several great things about reusable film cameras, the first being that they won’t break the bank and are relatively easy to use – just point and shoot. The first time I used it reminded me of how the act of holding a camera just feels different. It’s a tactile sensation – comparable to holding an actual newspaper instead of reading an article on your phone – and it’s a heightened experience.

The pictures I’ve taken so far have turned out beautifully, so you can check the quality box off your list if that is a concern – no issue there. So, if you’re looking for something better than a disposable camera, a reusable film camera is a great option. They’re affordable and a great starter camera for beginners who want to get into film photography because they’re so easy to use. Most models have a simple lever that you can use to open the camera and insert the film. Once the film is inserted, you simply close the camera and you’re ready to start shooting pictures.

Here are some reasons why you should buy a reusable film camera:

What To Look For In A Reusable Camera

When doing research for a reusable camera, there are a few things you’ll want to keep in mind. Flash is a big one — how well does it do in the dark? Reusable cameras are fun to use on nights out, so it’s worth finding one that will capture the moment without blurring the details due to a weak flash.

Other terms that are important to think about: ISO (the higher the ISO, the better it captures in the dark; higher is usually 400-3,200 ISO), shutter speed (the faster the shutter speed, the less likely a picture will be blurry; higher is typically 1/250th of a second), and aperture (the higher the aperture, the lower amount of light enters — better for in-focus shots — measured in f/number, aka f-stops).

Now that you have these in mind, here are our favorite cameras! 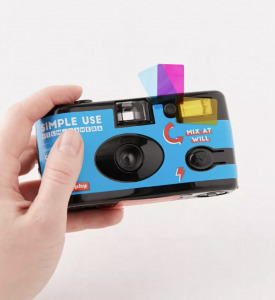 Lomography’s camera is almost exactly like disposable cameras you can buy at drugstores, but it’s reloadable, which minimizes the waste that’s usually involved. It’s made from plastic, but you can ask how to properly recycle it at your local photo lab.

What makes this camera super cool: it comes with its own colored filters — blue, pink, and yellow — giving a unique look to each photo. Instagram filters are in the past now! 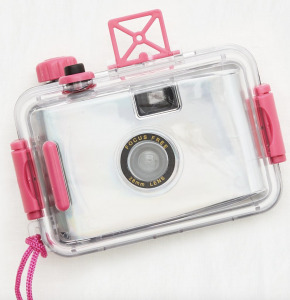 These Sunnylife Underwater cameras are not only super cute, but they are waterproof! Whether you’re hanging by the pool or going on an ocean excursion, the camera will capture all of your water moments without fizzling out. If you are swimming around, it has a wristband, so you won’t accidentally drop it to the bottom of the ocean.

Specs: You have to buy your own 35 mm roll negative film — it’s not included with the camera. Its aperture is f/90, and like most reusable cameras, it’s focus-free. 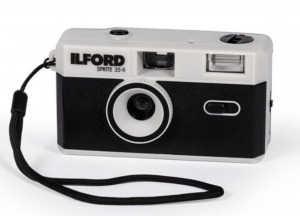 Looking for a camera to dip your toes into photography? This reusable film camera takes high-quality film photos due to its fixed-focus wide-angle lens and optical viewfinder. It’s on the pricey side, but if you’re wanting to grow as a photographer — rather than wanting to catch a bachelorette party or night out on the town — this is the perfect entry. 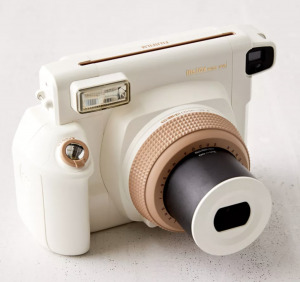 It’s got the look of your old Polaroid camera, but it’s received an upgrade. The Fujifilm camera gives you instant Polaroid gratification! Just snap the picture, wait for it to slide out, and let it develop. Photos are mini — 2.4 x 3.9 inches, to be exact — so you can fit them anywhere you want to keep all your memories. It’s on the pricier side, but the specs absolutely make it worth the extra cash.

Specs: It features a retractable 95mm f/14 lens, with a two-range focus and close-up lens adapter, as well as a viewfinder. Auto-flash and auto-focus are built in. However, you’ll have to buy the film separately. Keep it safe with the detachable wristband. 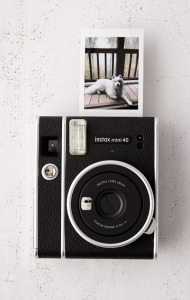 This camera is another Polaroid option that prints your photos instantly! Unlike Fujifilm’s Instax Wide 300, which has a more modern touch, the Instax Mini has a retro design. It’s mini-sized and ultra portable — slip it into your wallet or back pocket, then pull it out when the moment strikes.

Specs: Its electronic shutter speed ranges from 1/2 to 1/250th seconds, with a slow synchro in low light, and an aperture of f/2.8. You’ll have to buy the Instax Mini film separately, which develops about 90 seconds after the photo has been taken. 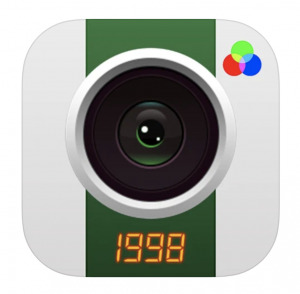 1998 Cam is an app that resembles a 1998 film camera. You can customize photos to the nth degree, with options including overlays, glitch effects, light leaks, and scratch effects — pick one or mix them all together. You’re also able to apply effects to photos you’ve already taken, so you can have a cohesive photo album for a specific trip. 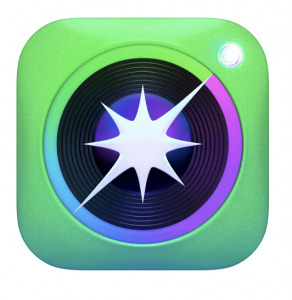 When you open Dispo, your phone screen will look like a disposable camera, in which all you can see is a little version of the picture in the “viewfinder.” Once you snap a few photos, your roll of “film” won’t be developed until 24 hours later. The app also automatically edits the photos to give them a retro feel. 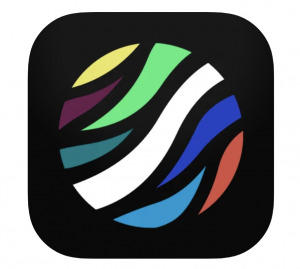 In this app, you can choose different analog film cameras to find the retro look you want. You can also record video through this app and choose different video camera settings like VHS, DCR, and 16mm to mimic a reusable camera. It also lets you edit photos you’ve already taken, similar to 1998 Cam. 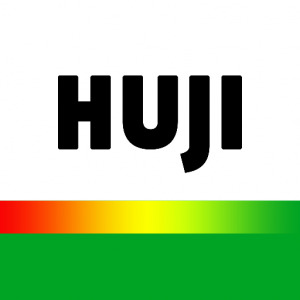 Huji Cam is one of the most popular “film” apps on both Apple and Android stores, thanks to how realistic the app is. There are plenty of filters and light leaks to capture the same essence as the ’90s, but what truly makes it stand out: you have to look through a tiny lens on your phone to take the picture, so your shots will be as genuine as if you were looking through an actual reusable camera lens.

What reusable film camera are you using this summer? Let us know in the comments below!

Want More Fun Summer Buys? Then You Should Read: