It appears that 54-year-old actor Naomi Watts has found a new passion project – and it’s all about menopause.

Watts’s new venture is dubbed Stripes and is a community for those experiencing menopause of all types, providing informational resources and products based on science.

She talks about all things menopause in a Q&A with Oprah Daily, including her symptoms, the response she received from the Hollywood community, and the relief she found in certain items.

The magazine asked Watts if she’d ever thought about menopause before going through menopause and her answer was a resounding “No!”

She didn’t know much, she said. “I faintly recall my mom saying that she went into early menopause and had her last period at 45—but there was little conversation around it. I didn’t know you could experience anywhere from three to 10 years of symptoms and that before you were officially in menopause there was something called perimenopause. So when I started going through it, I was shocked.”

She began to wonder about it when she was in her 30s and wanted to start a family with her partner – she couldn’t get pregnant. A friend in her 50s suggested getting a blood panel done to measure her hormones.

“They measured my hormones and found that my follicle-stimulating hormone was quite elevated — they want it to be under 10, and I was in my 20s. I was told it indicated that I may be close to menopause. Panic set in,” she said. “I did finally get pregnant and then had a second baby shortly after, at the age of 40. Right after that, the night sweats increased and I was pretty much in perimenopause.”

And that scared the shit out of her, because in the fickle Hollywood industry, youth and beauty are necessary commodities to get work. Watts wondered if this would make her less attractive,  which is a valid question to ask in the acting world.

She’s heard someone say that, as an actress, “your career is still active until you are unf—able.”

Watts wondered, if your ovaries stop working the way they used to, does that mean her career is over? She was trying to figure out what was going on, and she felt alone because she didn’t know who she could talk to.

But she’s on the other side now, and is helping other women who were in her position.

“When you get to the other side, you feel like your most authentic self — and you realize that being a woman, and sex, isn’t over. I like to say now, ‘Closed for business, open for pleasure.’”

And with that little gem, Naomi Watts became our menopause queen and created Stripes.

She wanted to make a place for people going through menopause that was both inspiring and helpful – it’s a large group of people who should have a voice.

So how does Stripes do that?

“We are building a community for people to share their stories. There’s so much misinformation out there, so hearing the stories of others can help support one another. We also aim to educate — we want to bust myths and get the facts about menopause on the table,” she explains.

“And then we have holistic products that help. All of them address hydration, because as you lose estrogen, you lose moisture — from scalp to vag. Your hair can get brittle, so we have a hair mask. And then we have a lubricant called Vag of Honor. My favorite product is The Power Move, which is a face serum that delivers hydration not just to the skin barrier but deep underneath it.”

We love this for our fellow menopausal mamas (and non-mamas)! If you want to check out some of the products Stripes has to offer, look below. 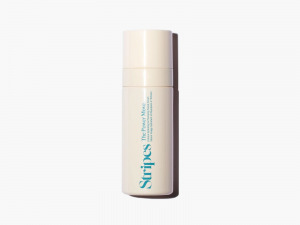 This serum is powerful for (peri)menopausal skin. This proprietary formulation firms, hydrates, and plumps while noticeably smoothing fine wrinkles for a gorgeous complexion. 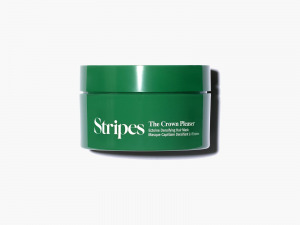 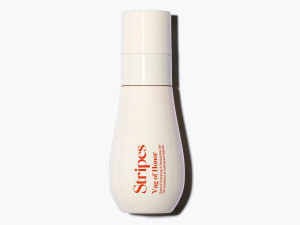 This hydrating gel can be used daily to retain hydration and ease unpleasant dryness. 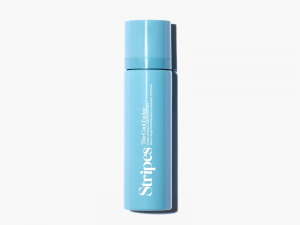 We absolutely adore that Naomi Watts is stepping up for menopausal women! Tell us how you feel about Stripes in the comments!