R. Kelly, one of the world’s biggest R&B singers, has been racking up hits and Grammys, as well as a long list of sexual misconduct and abuse allegations against him.

On Monday, the performer was found guilty on one count of racketeering and eight counts of violating the Mann Act.

The troubled singer will be sentenced on May 4.

Kelly, whose real name is Robert Sylvester Kelly, angrily denied any wrongdoing, as evidenced by his interview with Gayle King.

The spotlight on the allegations against Kelly significantly ramped up during the #MeToo era.

When Surviving R. Kelly, a 2019 news documentary series that featured interviews with several of his accusers, aired on Lifetime, the scrutiny into his abuse allegations exploded.

CBS reported, “The decades of rumors and allegations culminated this year with a high-profile federal sex-trafficking trial in New York, where Kelly was found guilty on Monday on all counts.

“He pleaded not guilty in the case.”

CNN’s Sonja Moghe was in the courtroom as the jury foreman read the verdict.

I was in the courtroom as the jury foreman read the verdict.

R. Kelly, dressed in a blue suit and blue tie, did not move or look at anyone.

His attorney Deveraux Cannick called the verdict disappointing and said the team would consider an appeal. https://t.co/HV4TkOgO3K

She described R. Kelly as dressed in a blue suit and blue tie, not moving or looking at anyone.

Moghe reported that Kelly’s attorney Deveraux Cannick called the verdict “disappointing and said the team would consider an appeal.”

Acting US Attorney Jacquelyn Kasulis spoke outside of Brooklyn federal court after the trial concluded.

“Today’s guilty verdict forever brands R. Kelly as a predator who used his fame and fortune to prey on the young and vulnerable.”

“Today’s guilty verdict forever brands R. Kelly as a predator who used his fame and fortune to prey on the young and vulnerable.” pic.twitter.com/FMhvvF6BMK

Gloria Allred, who represented victims who testified in court said outside of court today, “Of all the predators I have pursued, however, Mr. Kelly is the worst for many reasons,” saying he used his fame to recruit vulnerable underage girls to sexually abuse them.

Gloria Allred, an attorney who represented three of R. Kelly’s victims, says “of all the predators that I have pursued… Mr Kelly is the worst, a dangerous sexual predator”https://t.co/wpt61wb0uw pic.twitter.com/zAY4pRjaPY

For a complete timeline of the events leading up to Kelly’s guilty verdict, CBS documented them (TW for abuse) here.

They began when in 1994, at age 27, Kelly illegally married 15-year-old singer Aaliyah in a secret ceremony.

The marriage was annulled months later because Aaliyah was underage.

They end in August 2021, when Kelly’s sex-trafficking trial began.

“The prosecutors presented the singer as a serial sexual predator while his defense lawyers describe his accusers as “groupies” who tried to take advantage of his fame and exploit the #MeToo movement.”

The BBC reported how the singers’ victims described their ordeals. 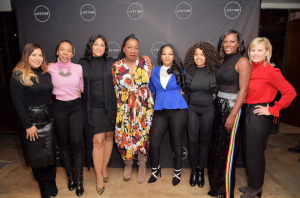 “Over more than five weeks, nearly a dozen victims of R. Kelly took the stand in a New York courtroom to provide harrowing details of the abuse and mistreatment they suffered at the hands of the famous singer.

“Many of the eleven women and men, some of whom cannot be publicly identified, describing having sex with R. Kelly when they were underage.”

They described Kelly as “controlling, angry and violent” — adding that he required them to call him “daddy.”

Accusers also say they were forced to “write letters of blackmail, including false confessions that could later be used against them.”

There are questions as to whether Kelly’s music should be removed from streaming services now that he’s been convicted.

Though many have been calling on Spotify and Apple to remove his songs since the accusations first surfaced, it’s still unclear whether the verdict will spur the streaming services into action. 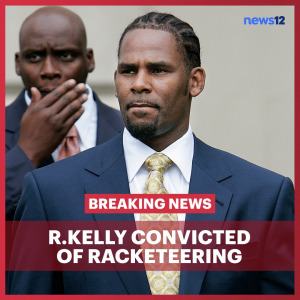 What is not unclear is Kelly will spending a significant amount of time, if not the rest of his life, in prison.

How do you feel about R. Kelly’s conviction news? Let us know in the comments.

For More On Celebrity News, Check Out These Articles:

Billie Eilish’s Dress Rocked And Won The Fight Against Fur