It’s been over 10 years since the tragic and untimely death of actor Brittany Murphy.

You may only remember her as Tai from Clueless, but to my generation, she was a constant in both serious roles and rom-coms.

Murphy flexed her acting chops in 8 Mile and she made us laugh AND cry in Uptown Girls.

When she died, the world was shocked.

And after details about her death and the circumstances surrounding it surfaced, the world had questions which remain unanswered over a decade later.

HBO Max’s What Happened, Brittany Murphy? aimed to shed some light on those questions.

Both episodes are now streaming on HBO Max.

The two-part documentary was set to highlight the actress’s career, life, and the unexplained and mysterious events leading up to Murphy’s sudden and devastating death. 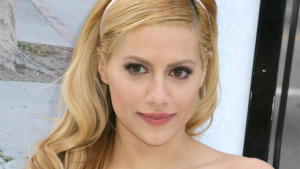 Murphy was only 32 years old when she died, and the docuseries was touted as “in-depth character portrait of Murphy.”

It was not that. What was a supposed “celebration” of Murphy was exploitative and I felt gross after watching.

It did have unseen archival footage of Murphy. But the supposed feature interviews with “some of the people closest to her” was quite a stretch.

Those interviewed knew her, but had not been around the actor for a long time. It was mostly journalists who covered her death — Brittany-adjacent people.

Interviews were with her first acting coach, her first talent agent, and actors Murphy worked with when she was a pre-teen.

Did they know her? Once upon a time. But where were the friends from later in life? Did they not want to participate out of respect for Murphy? 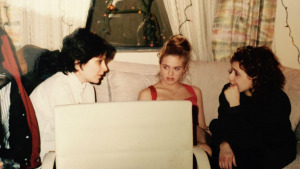 The only reputable (IMO) people to speak of her were Amy Heckerling, the director of Clueless, and Kathy Najimy, Murphy’s King of the Hill co-star.

Other than Heckerling and Najimy, the fact that everyone in the doc was from her long-ago past is a red flag to me.

I Almost Tuned Out

Yes, I felt grimy watching this doc, but I was going to see it through.

Until…Perez Hilton appeared onscreen. Can we keep in mind the following images of Murphy that he posted to his blog? 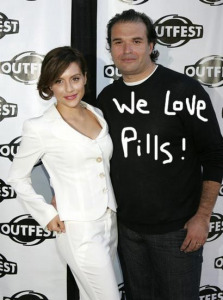 To the surprise of no one, social clout chaser, down-puncher, and infamous clown jumped at the chance to appear in anything.

What was so surprising to me was that Hill would give the man that spread vicious rumors about Murphy (and almost every other celebrity), a platform.

Hilton admitted he was awful to Murphy, but attempts to shift the narrative to his recent “redemption” tour. 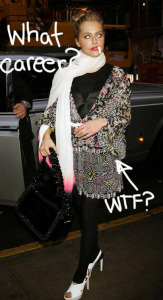 This recent epiphany is where he cries a lot and says things like, “They weren’t people to me, they were characters! I was a character!”

As if this somehow erases the damage he’s inflicted (see images above) on so many celebrities.

Hilton can fuck off; it’s flabbergasting why they gave him any screen time.

Even though his appearances were brief, it turned my stomach — I came close to turning it off. I did not, but I should have trusted my gut.

The series did dive into Hollywood’s sexism pertaining to how Murphy looked in the beginning of her career and her drastic change in appearance.

This showed her struggles to fit into the Hollywood “mold” of what actresses should look like.

At the time of her death in 2009, she was alarmingly thin, and there were concerns about her relationship with husband Simon Monjack, who died at their LA home five months later in 2010 — and under eerily similar conditions.

HBO Max said it would “dive deeply into the  mysterious circumstances surrounding Murphy’s tragic death” at her Los Angeles home, which was determined at the time to have been caused by “pneumonia, iron-deficiency anemia, and multiple drug intoxication.”

They sure did, but in doing so, the actual person behind the story shrunk among the noise.

Some (me) believe she was a victim of foul play, perhaps poisoning by her shady, con artist fraud of a husband.

Murphy’s dad, Angelo Bertolotti, who died in 2019, believed that she was poisoned.

“I have a feeling that there was a definite murder situation here,” he told Good Morning America in 2013. “It’s poison, yes, I know that.”

He commissioned a lab report that showed the presence of heavy metals at two to nine times higher than the levels identified by the World Health Organization as being considered “high.”

Murphy’s father pointed the finger at Sharon Murphy — his ex and Brittany’s mom. Bertolotti alleged that Sharon had poisoned their daughter.

Sharon Murphy was the only other person who was in the couple’s home and she was the one who called 911 when Brittany was found dead.

Adding fuel to the fire, Sharon appeared in a series of bizarre TV interviews and photo shoots with Monjack following her daughter’s death.

Some thought the pair were involved in Brittany’s death.

But when HE died under similar circumstances just months later, the conspiracy theories shifted.

The theories suggesting Sharon’s alleged involvement in both Brittany and Monjack’s deaths began making internet rounds, with one saying that she shared a bed with her son-in-law and that she killed him to cover her tracks.

Sharon refuted those theories in an open letter published in 2013.

One of the more out-there theories involves the U.S. Government targeting Brittany and her husband.

Another theory suggests toxic mold in their Los Angeles home led to their demise.

Many of Murphy’s friends couldn’t make sense of how a seemingly healthy 32-year-old could have died.

“I don’t think you can, I don’t know if you try to make sense of it or not,” ex-boyfriend, actor Ashton Kutcher told Nightline in 2010.

Makeup artist Trista Jordan, who worked on Something Wicked, Murphy’s final film, shared a troubling memory in the documentary. 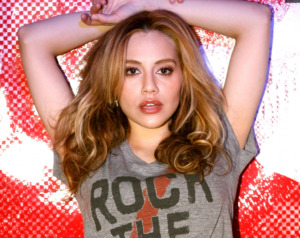 “Her eyes were so sunken, and she just seemed so sad,” Jordan told People. “She wasn’t herself. She was in so much pain.” Jordan added, “She had Bambi legs and couldn’t stand up.”

Murphy contracted Staphylococcus while on set in Puerto Rico.

Although she took an antibiotic for the infection, she had taken a lot of other medications unrelated to the Staphylococcus.

Instead of seeking out professional medical aid, Murphy’s shady husband (and definitely not a doctor) treated her at their home.

Would Murphy be alive if her husband had called 911 or taken her to the emergency room?

After her autopsy, assistant L.A. Coroner Ed Winter said, “She had been sick at least two weeks. Had they taken her to a doctor or hospital, it would have been treatable.”

Monjack’s shady past was further explained in the docuseries, and featured interviews with Monjack’s mother, Linda; brother, James; and former fiancée Elizabeth Ragsdale, to whom Monjack lied about who he was. 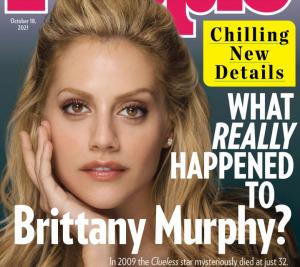 Ragsdale and Monjack became engaged after a brief courtship.

Ragsdale became pregnant, and Monjack demanded she give birth in the United States. When she was four months pregnant, he paid for her plane ticket to New York and told her he would meet her there.

“When I got to my little studio in New York, I called him and he answered. I said, ‘Simon, I’ve made it to…’ and before I could get that sentence out, he hung up on me. He left me pregnant and abandoned,” Ragsdale says in the documentary.

“He was a disturbed individual who was used to conning people and Brittany was one of his last victims,” says What Happened, Brittany Murphy? director Cynthia Hill of Monjack.

“There was a pattern of behavior that became very obvious the more research that we did.”

Hill fell short in my opinion — I learned nothing new and felt it was unworthy of Murphy’s stellar career.

The documentary stripped her of her dignity and although I was initially excited to see it, I came away feeling it was unnecessary and did nothing to celebrate a gifted artist.

The world may never know what truly happened to Brittany Murphy, but Hill makes one thing clear — Murphy’s kindness.

“Everyone was so consistent when they would describe her. She was so generous, caring and always thinking about everybody else and I think sometimes that gets forgotten because of all the mystery surrounding her death,” says Hill.

“She was loved by everyone.” 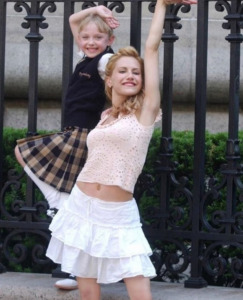 That theme remains true throughout the doc.

But showing clips of YouTubers saying they were going to talk about her death and “show you how to do this makeup trick” is offensive.

No one’s death should be discussed in the same sentence as “How to contour your cheekbones.”

How does that celebrate the beloved late actor? Did I fall for clickbait?

Did you watch the documentary on Brittany Murphy? If so, what did you think about it? Let us know in the comments!

For More On Entertainment And Media, Check Out These Stories:

These 10 True Crime Stories Will Make Your Skin Crawl

The Best Part Of The 007 Movies Are The “Bond Girls.” Here’s How They’ve Evolved With The Franchise