We’ve all been there — you’re at brunch or happy hour catching up with old friends, and one of them starts prattling about her new job or startup. “I make my own schedule,” she says. “I work from home, I can travel whenever I want, and I love my job!”

Outwardly, you’re happy for her — or at least you try to be. Your smile is a bit forced and you hope she doesn’t notice. You congratulate her through gritted teeth, and you inevitably have to leave brunch a little early because your work grind isn’t as dreamy as hers.

On your way home, you decide you don’t really like her that much. After all, she’s always been a little bit annoying. Insufferable, actually. Yeah. She’s kind of a bitch, right? And so your resentment grows and festers, and before you know it, you’re fantasizing about lording it over her when she falls from her self-made pedestal.

Sound familiar? (Me too, though I’m ashamed to admit it.) Maybe after the mimosas have worn off you’ve found yourself wondering what even happened. How did you go from having a nice catch-up with your gal pals to intensely loathing someone you were excited to see just a few hours ago?

It’s jealousy, my friends. She’s a tricky, green little beast who isn’t going anywhere anytime soon. It’s time to finally learn how to live with her.

What is Jealousy? A Bridesmaids Analysis

Jealousy arises within us when some part of us feels threatened by what someone else has. (It’s also often used interchangeably with the word envy, which is a deep longing for what someone else has.) I don’t know about you, but jealousy ties my stomach up in knots. It leads to (and arises from) intrusive thoughts about not being good enough, being deeply dissatisfied about where I am in life, and second-guessing every decision I’ve made that’s gotten me to where I am.

Jealousy, if left unchecked, can lead to a whole slew of nastiness. Ever seen Bridesmaids? It’s one of my favorite movies, so if you haven’t, go watch it now and finish reading this later. Just make sure there aren’t kids around — that movie is pretty NSFW.

Jealousy Is Comical — In A Movie

All done? Fabulous. Then you saw what happened when Annie (one of the titular bridesmaids in the film) let her jealousy go unchecked — she ended up destroying bride Lillian’s party in a blind fit of jealous rage.

But the viewer always sympathizes with Annie. After all, can we blame her? We’ve all been there at one point or another. We’ve all let emotions fester until they can’t help but burst, generally at the worst times.

What was Annie so upset about? After all, her feelings (and their resulting actions) seem pretty irrational throughout the film. Can’t she see that Lillian genuinely loves her? What is it that’s so threatening about Lillian’s new friend Helen, and why does Annie let Helen get to her so much?

Well, for starters, Helen has a picture-perfect life: She’s got the husband, the money (seriously, she’s got MONEY), and her hair is shinier than the multi-carat diamond ring that probably sits on her perfectly-manicured finger.

And what does Annie have? Well, a failed bakery, for starters. She also has a friend with benefits (Jon Hamm, who — fun fact for your next trivia night — went uncredited because he didn’t want his association with more serious films to impact the comedy’s chances of success. Go Jon Hamm.) who wants to be nothing more than that. She also has two roommates (comedians Matt Lucas and Rebel Wilson) who unapologetically invade Annie’s space and get very questionable tattoos.

Actually, the one thing that seems to be going for Annie at the start of the film is her friendship with Lillian. They’re ride-or-die BFFs who work out hiding behind a tree to avoid paying the fee for the outdoor class (because, as Annie drunkenly whines on the plane to Vegas, she’s poor). They’ve been friends forever, plus a few years.

Then — BAM! — Helen comes on the scene, and Annie’s claws come out. Even she can’t seem to put her finger on what’s “wrong” with Helen; moreover, all the other bridesmaids seem to like her. But Annie’s greatest joy in life is being threatened, and she’s jealous.

Jealousy works like a virus; it eats us up from the inside until we’re largely unrecognizable. How do we even begin to combat that?

How To Deal With Jealousy

Clearly, letting jealousy fester isn’t a good answer. Neither is giving into it and reacting out of blind passion. So, if we shouldn’t ignore it and shouldn’t act on it, what are we supposed to do?

Yes, you heard me right: Embrace your jealousy. Hug it close, like an old friend. Don’t let it control you; instead, work with it to propel yourself forward. 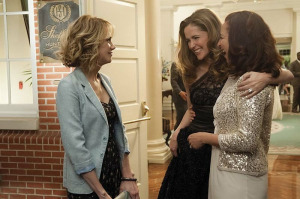 There’s a popular quote I’ve seen recently. I’m not sure where it originated but it merits a mention:

“Your jealousy is a message from your higher self signaling to you where you have settled.”

Read that a few times and let it sink in. When I’m jealous, I know where I’ve let myself settle. And all of a sudden, that green monster becomes a friend encouraging me to chase after my desires.

From Jealous to Zealous

Don’t let jealousy isolate you in your relationships or make you feel shameful; instead, use it to propel you toward change.

Wouldn’t it be easier to just make sure you’re never jealous? Sure, but think about what that would entail — it would mean surrounding yourself with people you don’t admire, whose lives you wouldn’t chase after. Maybe you’ll avoid being jealous, but you probably won’t grow, either. 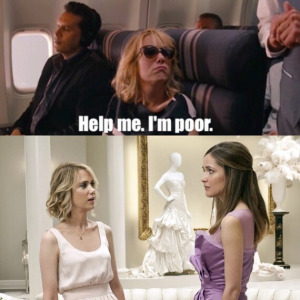 A little dose of jealousy once in a while is healthy, if you know what to do with it. And if you’re surrounding yourself with the right people, jealousy will absolutely show up now and then. Maybe at brunch, catching up with old friends. Your friend tells you how much she loves her job; instead of shutting down, ask her where she works and how she got the job. What kind of prerequisites did she need? What was the interview process like?

Maybe later, once you get home, you hop on Indeed and start job searching. Or you call your friend back and ask her if she knows anyone who could help you get your foot in the door.

Choosing to embrace your jealousy in this way makes a difference! Earlier, you hated your bougie brunch friend because you felt lesser than her. Now, you’ve let that fire inside you become a propelling force. Next year at your next brunch, maybe she’s a little jealous of you, and you can return the favor by helping her raise herself up a little higher.

Do you have any tips on how to deal with jealousy that we didn’t mention? Tell us in the comments!

For More Articles On Health + Wellness And Self, Read These:

6 Ways To Heal Your Gut Health In One Week Keep Reading
Mom To Mom: How To Raise A Child With Anxiety Keep Reading
Adult Friendships: Knowing When One Is Over & How To Break It Off Keep Reading
10 Types Of Orgasms You Can Have (And How To Have Them!), Because No One Talks About It Keep Reading
7 Tips To Get The Most Out Of Your Home Workout Keep Reading
Leave A Comment
Share
Join the Conversation
Cancel reply
shesafullonmonet_ Follow
View Open