If you’re looking for an extra special way to celebrate a birthday or other special events, Dolly Parton offers her take on the classic Duncan Hines cake mixes and frostings. In her interview with Gayle King, she says, “I like to cook, and learned that growing up in the mountains of East Tennessee…So, of course, I learned to cook that good ole Southern stuff.”

It’s how Dolly expresses herself, as she says, “I love to cook, and I love to bake, so we got involved with Duncan Hines. We thought this was a great partnership. I’m excited about it and I really think people are going to enjoy all these recipes.”

Dolly’s classic Duncan Hines cake mixes and frostings are so popular that they’re already out of stock, but I’ve still been on the lookout at my local grocery store, and you can be, too! If you don’t want to wait, you can also sign up to be notified by Duncan Hines. Even the flavors SOUND delectable:

Dolly even released a spatula and tea towel as part of her new collection.

Dolly just turned 76. She says she tries not to think about the number, but she “couldn’t lie about it, anyway.” With so many years in show business, we all know she’s a music icon with seven decades of hits on the music charts and more than 3 billion worldwide streams of her music. Even with all that success and notoriety, she’s not ready to slow down. She says, “I don’t feel old.”

But Dolly regularly says that she’s still “got to be responsible” for her dreams. “Every dream brings a new life,” she says. “You branch out, and you have all these opportunities.” She says, “I’m not one to let an opportunity go to waste.” That’s where this Duncan Hines deal comes in, but that’s not the only partnership or collaboration she’s working on these days. She’s been busy!

After a star-studded Grammy Tribute in 2020, Dolly launched her own beauty brand in 2021. In an official statement about her new foray into beauty, she said, “I am so excited to share this dream with my fans. Developing my own brand and scent with Edge Beauty has been an amazing experience, and I am looking forward to becoming a big part of the fragrance community.” You may have seen the perfume on the shelves!

Dolly: Scent From Above Eau de Toilette, Perfume for Women 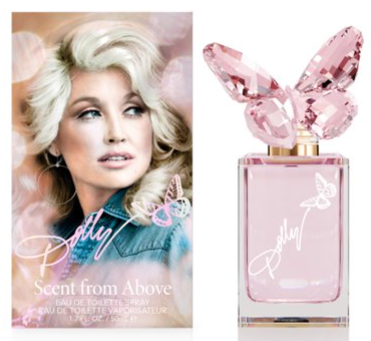 The inspiration for this fragrance is “from rags to rhinestones.” It’s all about hearts, hope, and butterflies. It’s her “signature fragrance” in an irresistible floral combination of Jasmine, Lily-of-the-Valley, and Vanilla Orchid.

Beauty is one thing, but Dolly doesn’t stop there. She launched her own ice cream flavor last year: Strawberry Pretzel Pie Ice Cream! It was so popular that it sold out, immediately. So, now she’s releasing it again.

I’ve seen the recipe for the Strawberry-Pretzel Ice-Cream Pie on MyRecipes. But Dolly’s ice cream sounds even better. I swear I’m NOT pregnant when I say that it might even be crave-worthy. Now, if I could only get my hands on it. 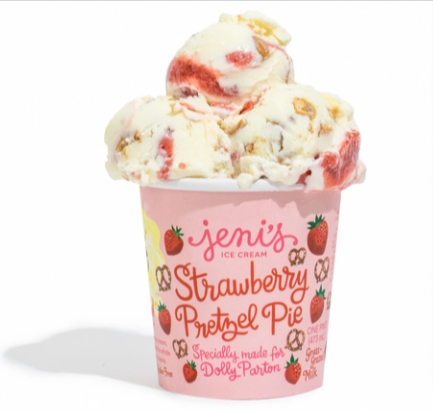 You can look up where to find Jeni’s Splendid Ice Creams at your local supermarket. It’s a mix of sweet and salty, with sweet cream cheese ice cream. Jeni’s says it has a timeless appeal, just like Dolly herself. Pre-orders just opened up again, but they probably won’t last long. So, you can sign up on the site to be notified, and you can check out your local store to find this Dolly favorite. 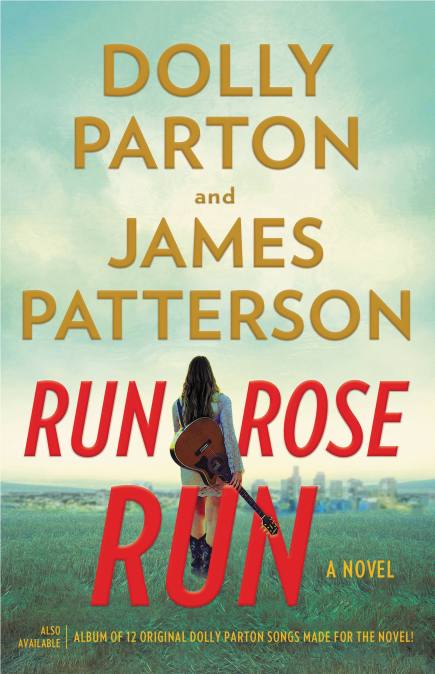 Dolly is getting ready for the release of Run Rose Run, a thriller she co-wrote with James Patterson. Dolly says that she’s read all his books, and she’s so excited about the release on March 7, 2022!

She’s no stranger to publishing, though. She has published five other books over the years, including: 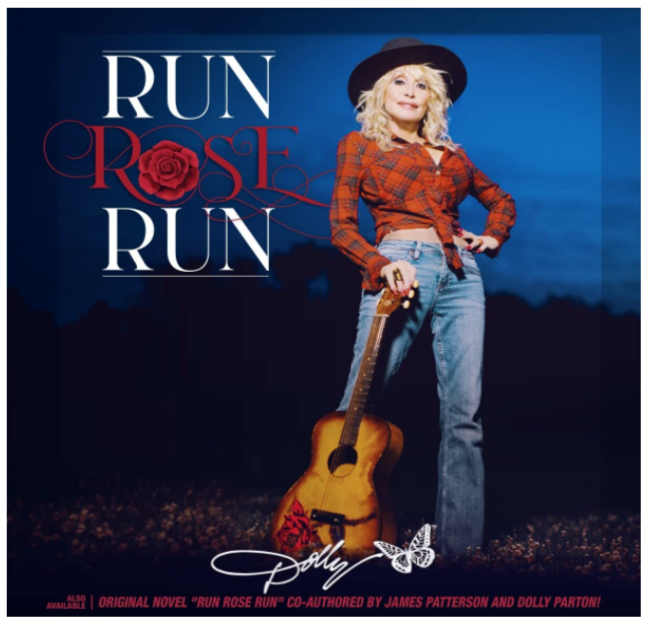 Dolly’s new album is a companion to her latest novel, Run Rose Run. The album features 12 original songs that were all inspired by the book.

Here’s the music video of Dolly’s first track from her latest album.

Dolly is covering all her bases, but she leaves her fans all wanting more!

Which new venture or partnership would you like to see Dolly Parton go into? Please leave your comments below!

Inspired by Dolly Parton? Check These Out: