For the first time, black children — and adults — will see themselves represented in a pivotal holiday character — Jolly Ol’ Saint Nick.

The figure synonymous with Christmas has always been white, but a new era is being ushered in with the introduction on Black Santa Claus at Disney Theme Parks on both coasts.

According to Romper, “Black Santa Claus made his jolly debut on a float at Magic Kingdom during Disney’s Very Merriest After Hours earlier this month.”

I can’t express how magical this moment was. Thank u @disneyparks for the representation. #blacksanta #verymerriest #representationmatters #disney

TikToker @rozyqueenofcups captured the scene and shared it on her page, writing “I can’t express how magical this moment was. Thank u @disneyparks for the representation.”

The clip showed a Black Santa Claus waving to the crowd from his sleigh during a parade in November.

At the Walt Disney World Resort in Buena Vista, Florida, and Disneyland in Resort in Anaheim, California, kids will get to see the debut of a non-White Kris Kringle, a welcome move toward diversity and inclusion.

A Disney spokesperson told CNN that “Santa Claus is represented in various ways in local and regional communities and around the world.

“And in that spirit, Santa Claus will reflect the diversity of surrounding communities at both Disneyland Resort and Walt Disney World Resort.”

Saunders Claus, one of the first Black Santas to appear at Disney this year, told the HuffPost it was “powerful” to see how his inclusion left an impact on others.

“All he wanted to do was see me. He’d waited 35 years to see a Santa that looked like him,” Claus told HuffPost about the reaction from one Black man when they saw him. “The emotions he expressed were just very powerful and very Christmas-spirit. When I asked what he wanted for Christmas, he told me that I had already given it to him.”

Claus told HuffPost that “He, to his knowledge, is one of four Black men portraying Santa at Disney’s U.S. theme parks this year.”

Does this mean that Black Santa will go mainstream and become a mainstay in our culture?

Hopefully, as it gives non-White kids a long-awaited place at the festivities table as well as the gift of seeing themselves in an important seasonal role.

“I don’t think magical creatures should be limited in expression,” said The Real Santa author Nancy Redd, a picture book for kids featuring a Black Santa. “And I think that the world is finally starting to agree.”

Disney Isn’t The Only Place With Black Santas

Disney is just the latest place where people can see a non-White portrayal of Santa Claus, with more and more Black Santas appearing in at shopping malls and in a recent Oreo cookie commercial. 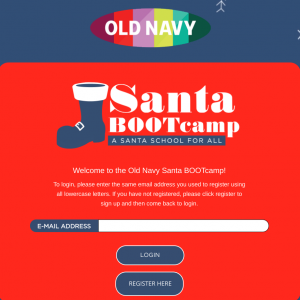 Old Navy is hosting “Santa Bootcamp, an online inclusive training program encouraging participation from a broad array of backgrounds, ethnicities and cultural heritages to offer more representation in the role of Santa.”

A Message Of Joy To All

For his role, Claus said he doesn’t focus too much on the fact that he is a Black Santa.

Instead, he does what he can in the spirit of Christmas, and that’s spreading holiday cheer. 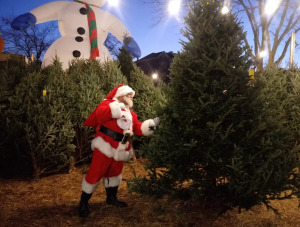 But he does acknowledge how important it is for kids to see someone who looks like him in the iconic red suit.

“And this spirit can embrace all humans, no matter their background.”

We love to see the inclusion of Black Santas at Disney! Do you think it was long overdue? Let us know below!