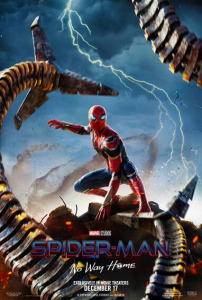 The famous words of the Spider-Man stories have never rang more true in my head, as I sit here just after watching the new installment of the franchise, hours before the world gets to.

Being a serious Marvel fan myself, there is nothing they can’t do to blow my mind. This film was everything a Spider-Man fan is hoping it is to be, and so much more!

Spider-Man: No Way Home begins where the previous movie ended, which is when Spider-Man’s true identity is revealed.

When it shows to be impossible to separate his normal life as Peter Parker from his superhero counterpart, he seeks out his old friend Dr. Strange for help. 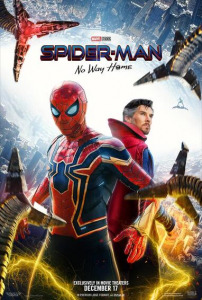 After pleading with Strange for some time, he decides to help Parker with his situation and creates a spell to alter this current reality. The new reality would eliminate everyone from knowing Spider-Man’s true identity, and fix Peter’s situation.

When the spell goes terribly wrong, stakes become even higher, forcing Parker to realize what it truly means to be Spider-Man.

This film was a true gem for any Spider-Man fan out there, or anyone who loves a good action movie!

The script was well written, the acting at its best, and they hit every button on the emotional spectrum that they possibly could.

I didn’t notice any dull or dragging moments, as well as any unnecessary story fillers. They packed a lot of information in this movie, but none of it seemed overwhelming or too hard to follow.

You certainly will cry, but, as Marvel always does, there are plenty of funny moments as well.

As I’m sure some already know, there are some excellent cameos in this film.

You’ll see faces from old Spider-Man movies making their way into the story, and only for the better. 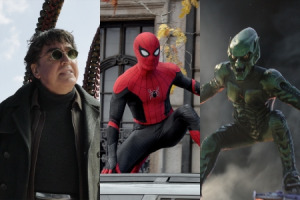 If you’re a parent, you maybe wondering if this is an appropriate film for children. It all depends on your child’s age and ability to watch action violence.

I took my nine-year-old daughter with me to see the movie and it is her new favorite movie! There were only one or two parts where she needed an extra hand squeeze, but other than that she enjoyed it from start to finish. It’s best to use your own personal judgement on the matter, but I would recommend it for kids ages 9 and up.

After the movie finished, I was left feeling emotionally exhausted. Be prepared to go on a cinematic journey that will leave you feeling all the feels. 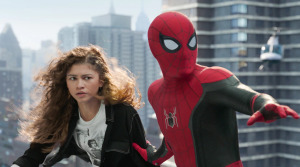 And be sure to stay for the entire credits at the end.

There is usually an extra scene to be on the lookout for, but if you stay until ALL of the credits have finished, you may be treated to a trailer that will absolutely blow your Marvel-loving mind!

Are you going to see ‘Spider-Man: No Way Home’ on the big screen or wait for the digital release in the (hopefully) near future? Tell us below!

For More On Entertainment And Movies, Check Out These Articles: