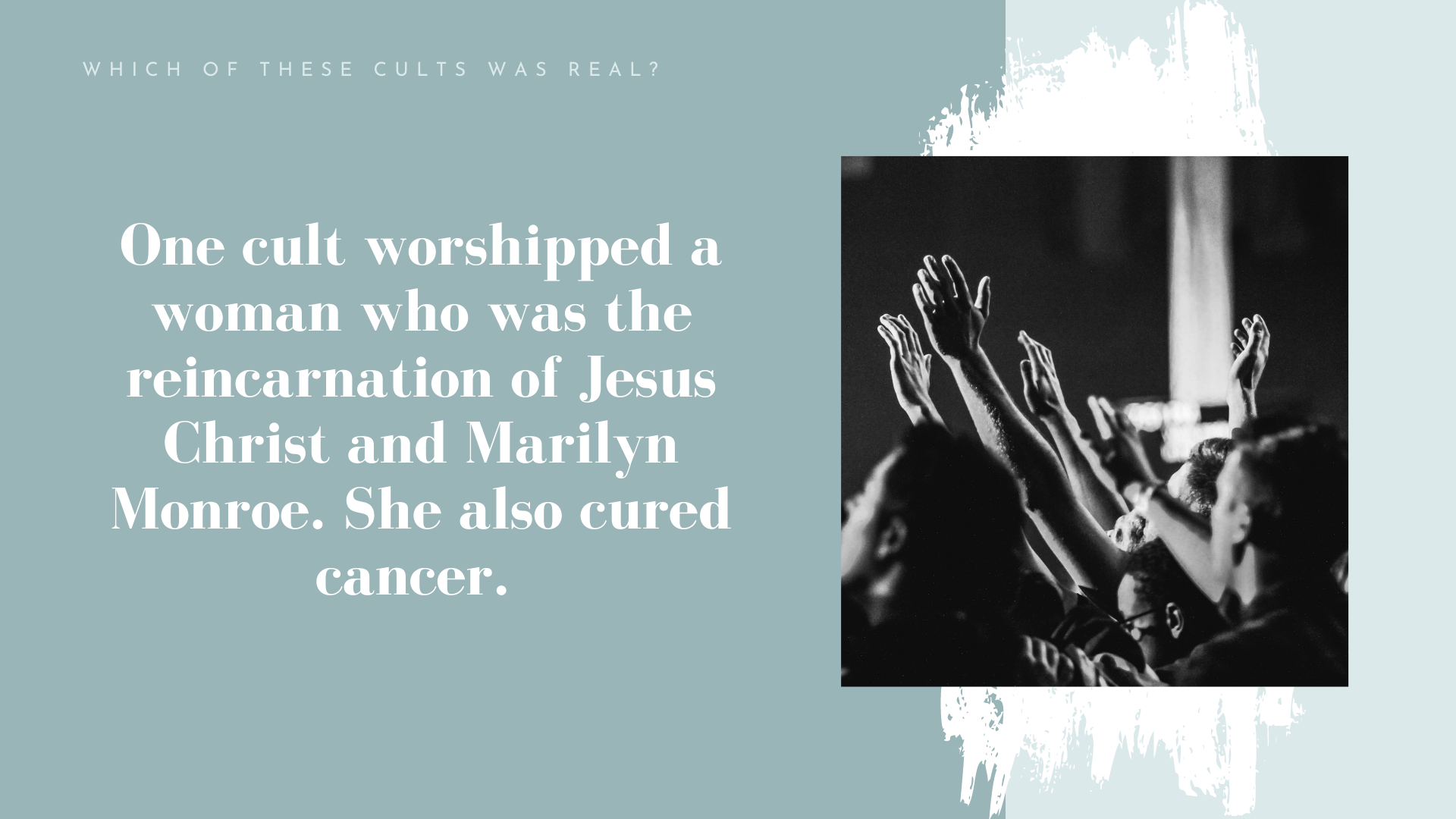 Amy Carlson began the “Love Has Won” cult when she decreed herself “Mother God.” She claimed to be God incarnate and that she had lived 534 lifetimes as Jesus, Cleopatra, Marilyn Monroe, and Joan of Arc. The group amassed 20 full-time members who believed Amy was their “mother” and expected her to perform miracles. The cult ended when April Carlson was found dead at 45, wrapped in Christmas lights, eyes missing, and glitter smeared on her. 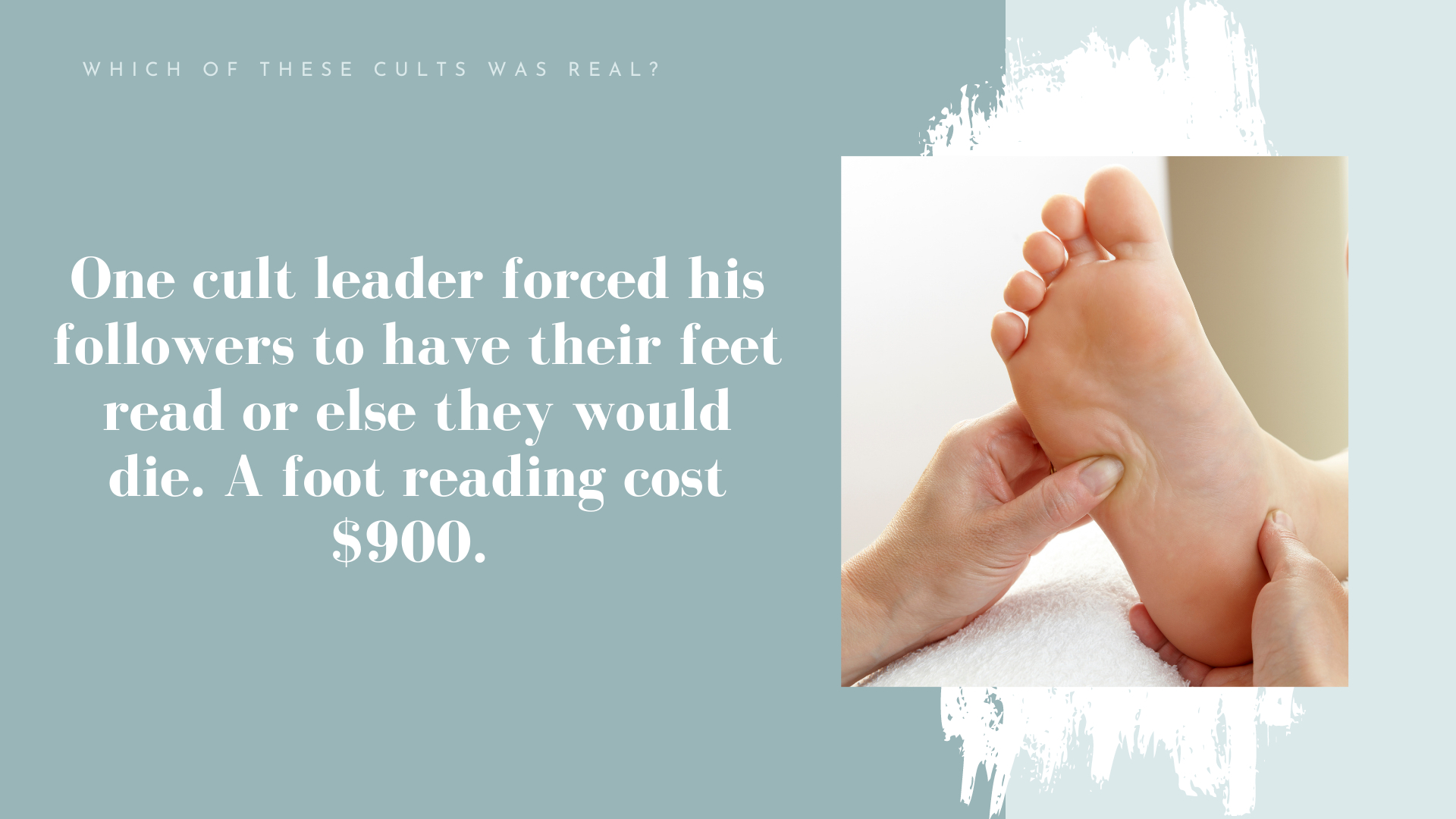 Teruyoshi Fukunaga was working as an electrician until he realized in 1987 that he was the reincarnation of Jesus Christ and Buddha. He began a cult which was a twist on palm reading, where he would read everyone’s feet for a sum of money. If he didn’t read your feet, you could suffer serious illness or misfortune. Fukunaga’s actions were ruled as fraud and he was sentenced to 12 years in prison for conning his followers out of just under $1.5 million. 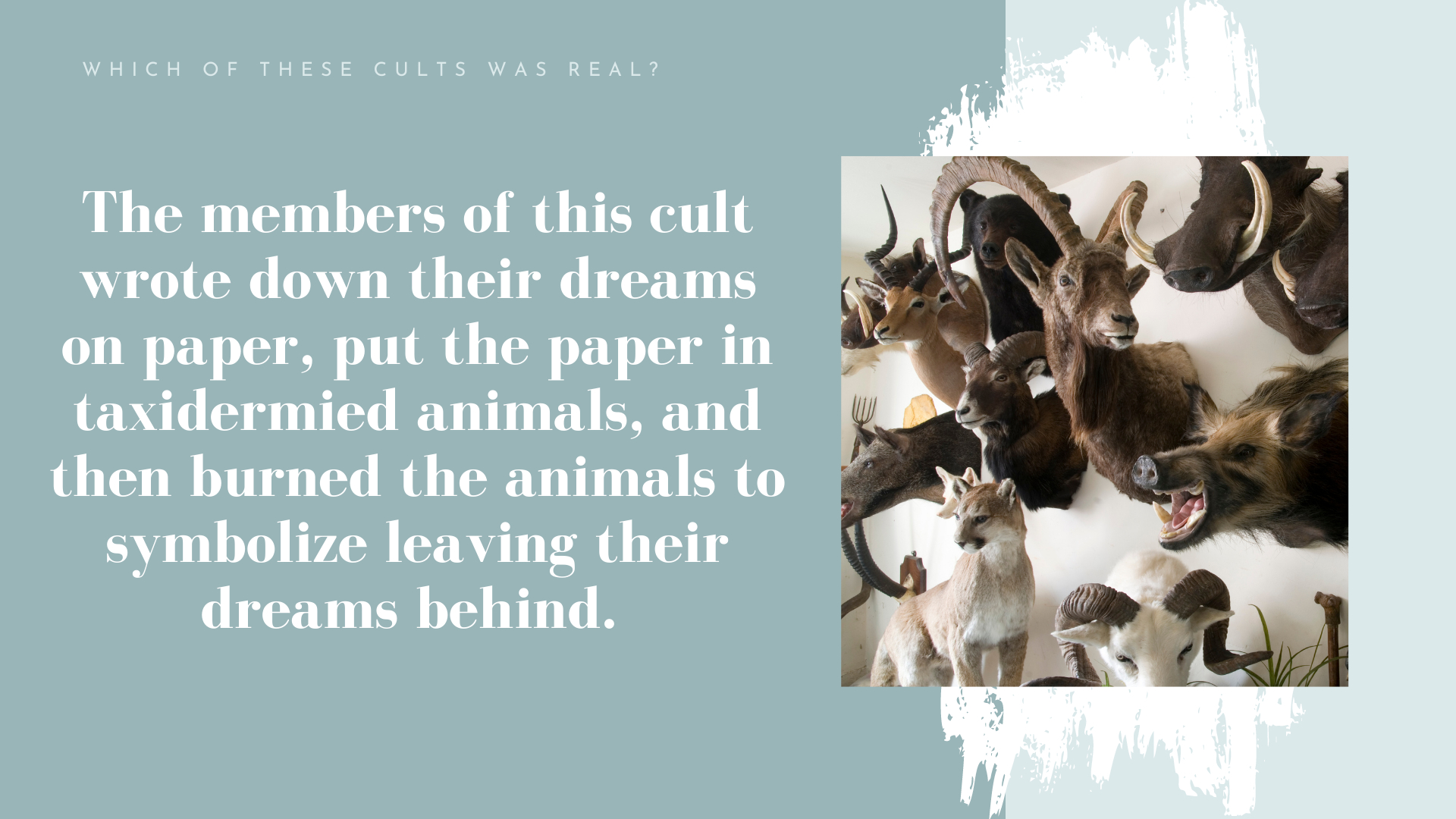 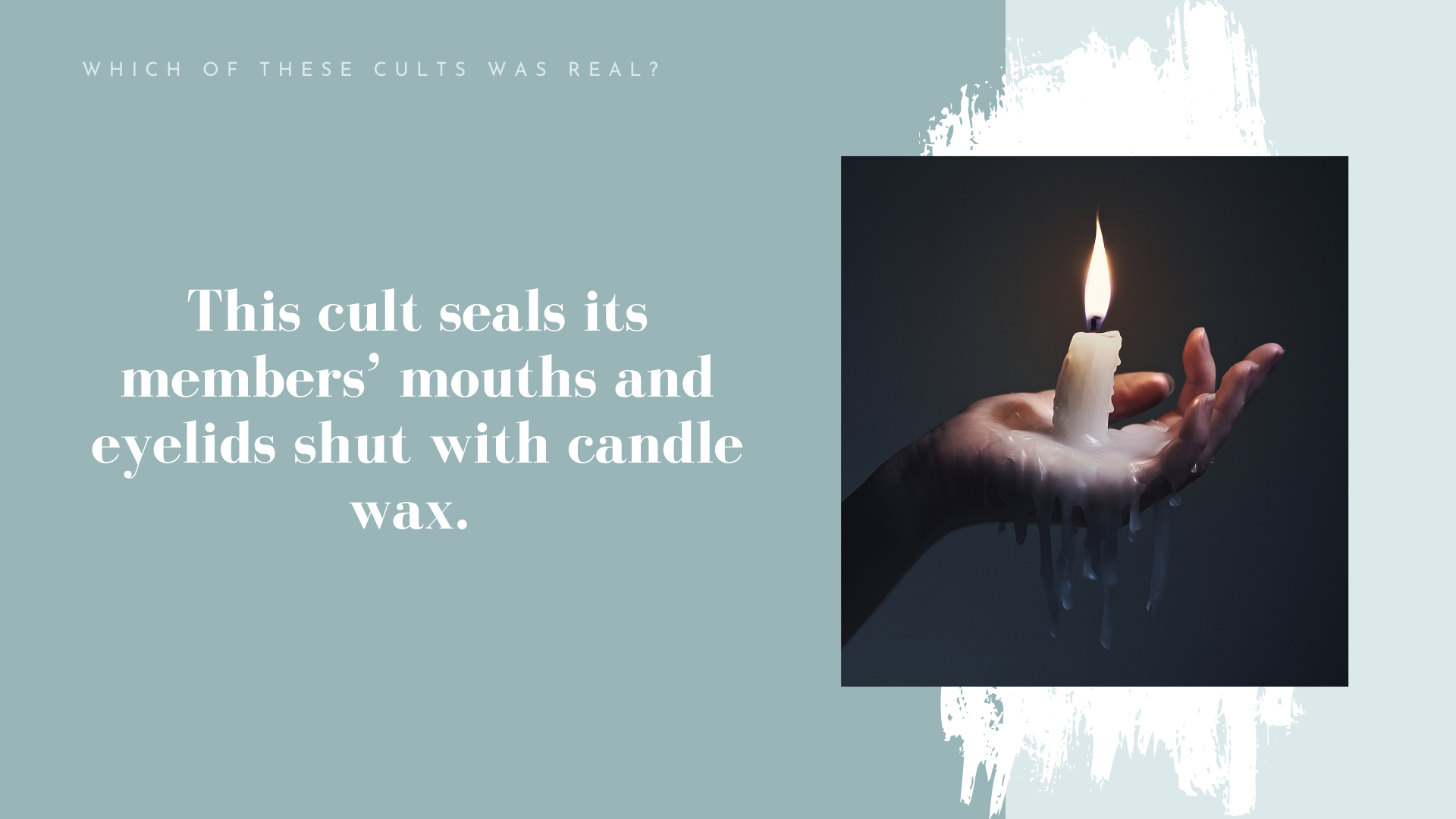 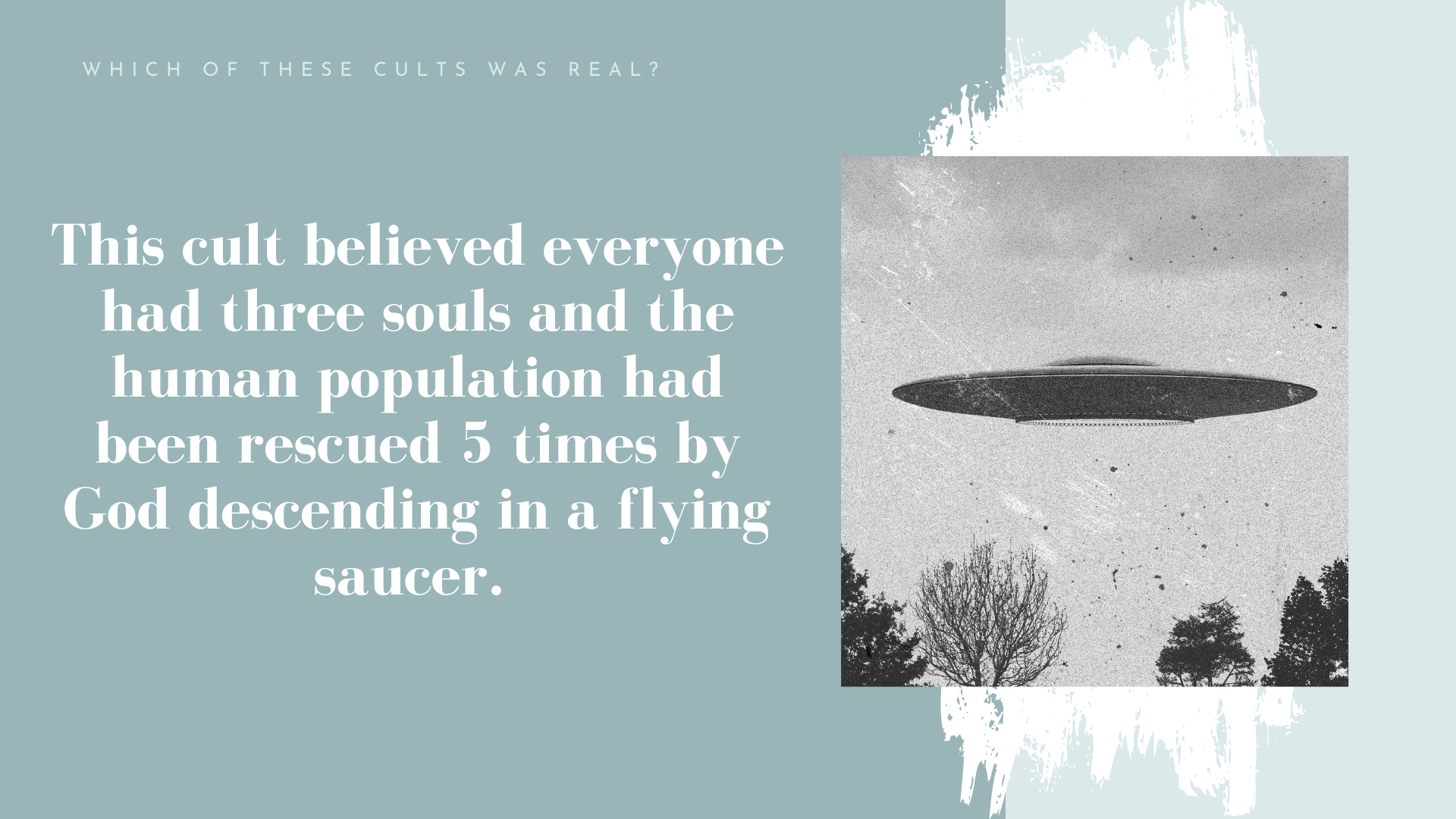 The Chen Tao or “True Way” Cult was founded by Chen Hong-min in 1993. The cult mixed Christian, Buddhist, and Chinese ch’i-kung thought together. Chen convinced many of his followers to give him money to gain passage aboard the spaceships disguised as clouds that would take them away in 1999. He also convinced them that God’s second coming would happen in Garland, Texas. 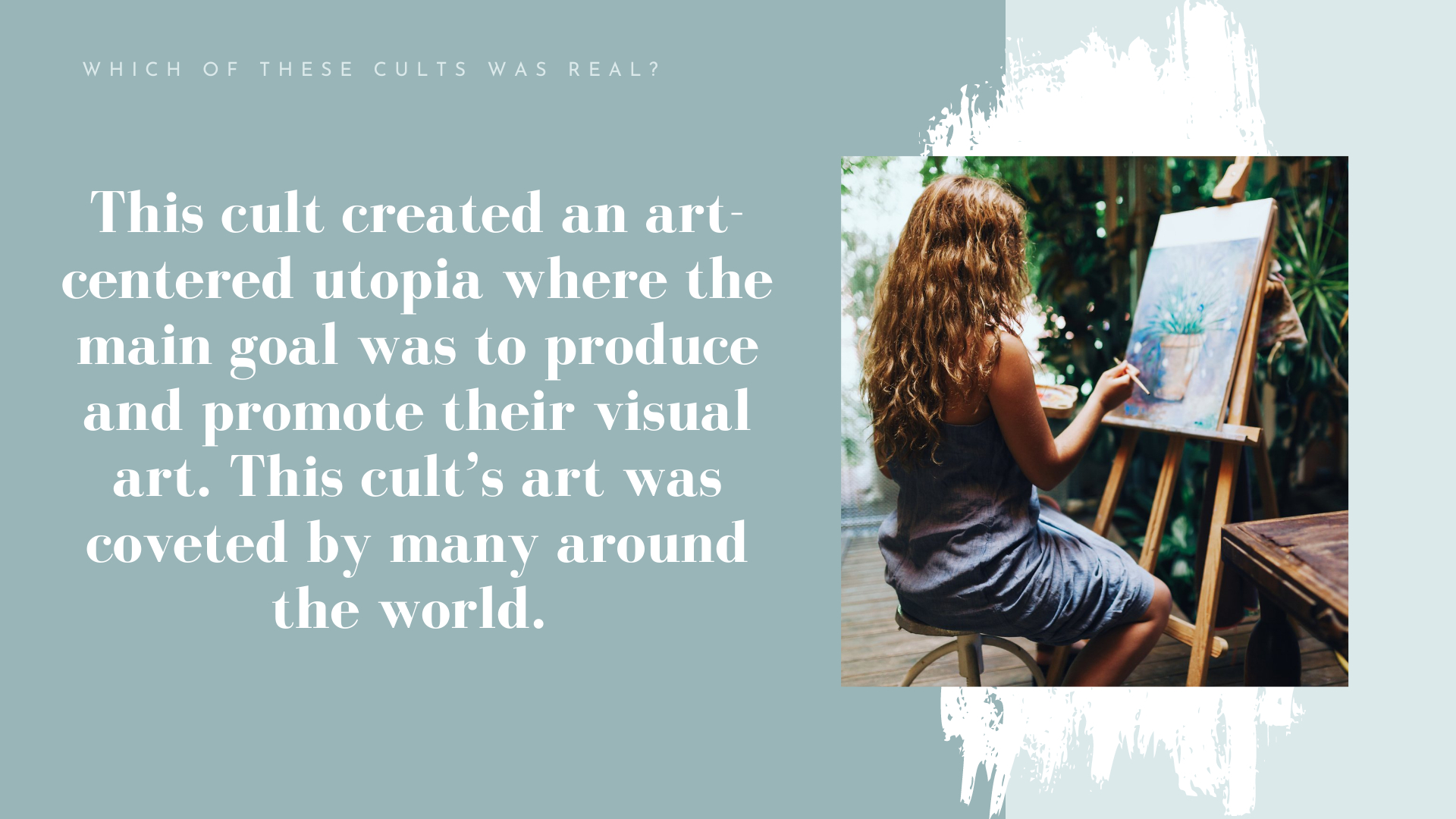 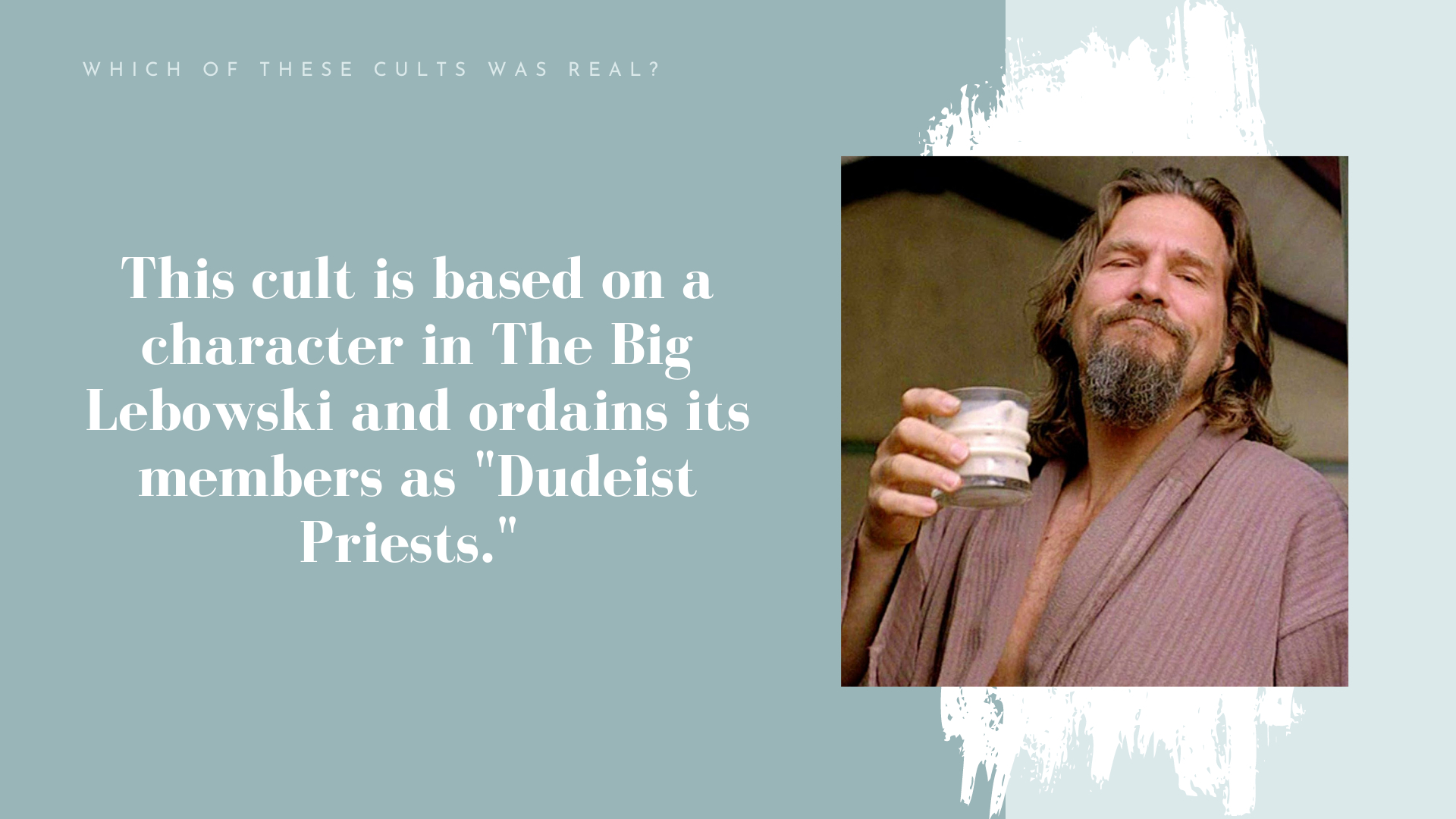 Dudeism was inspired by The Big Lebowski and Chinese Taoism. Founded by Oliver Benjamin in 2005, the official organization’s name is The Church of the Latter-Day Dude has ordained roughly 450k Dudeist Priests worldwide as of May 2017. 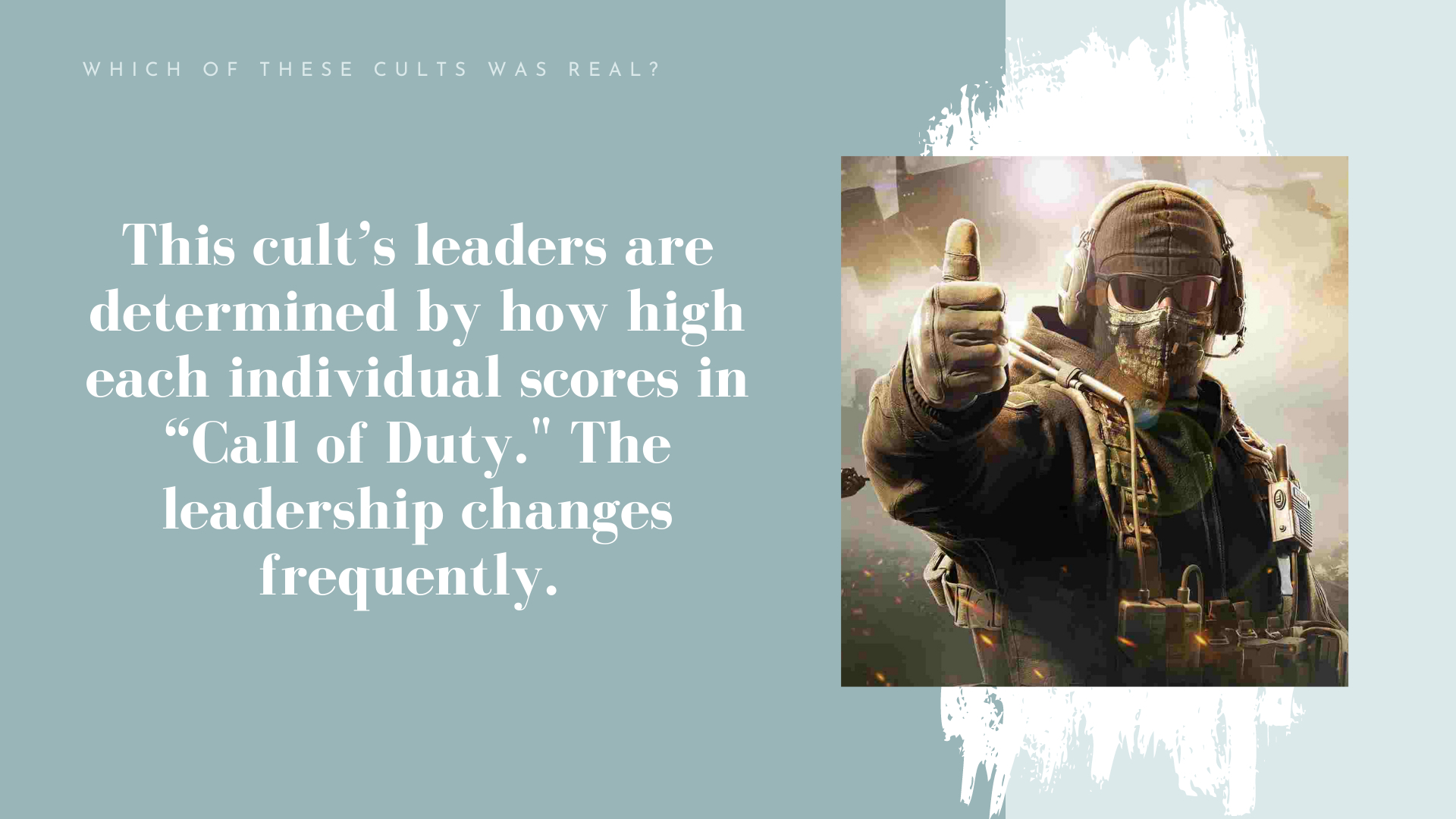 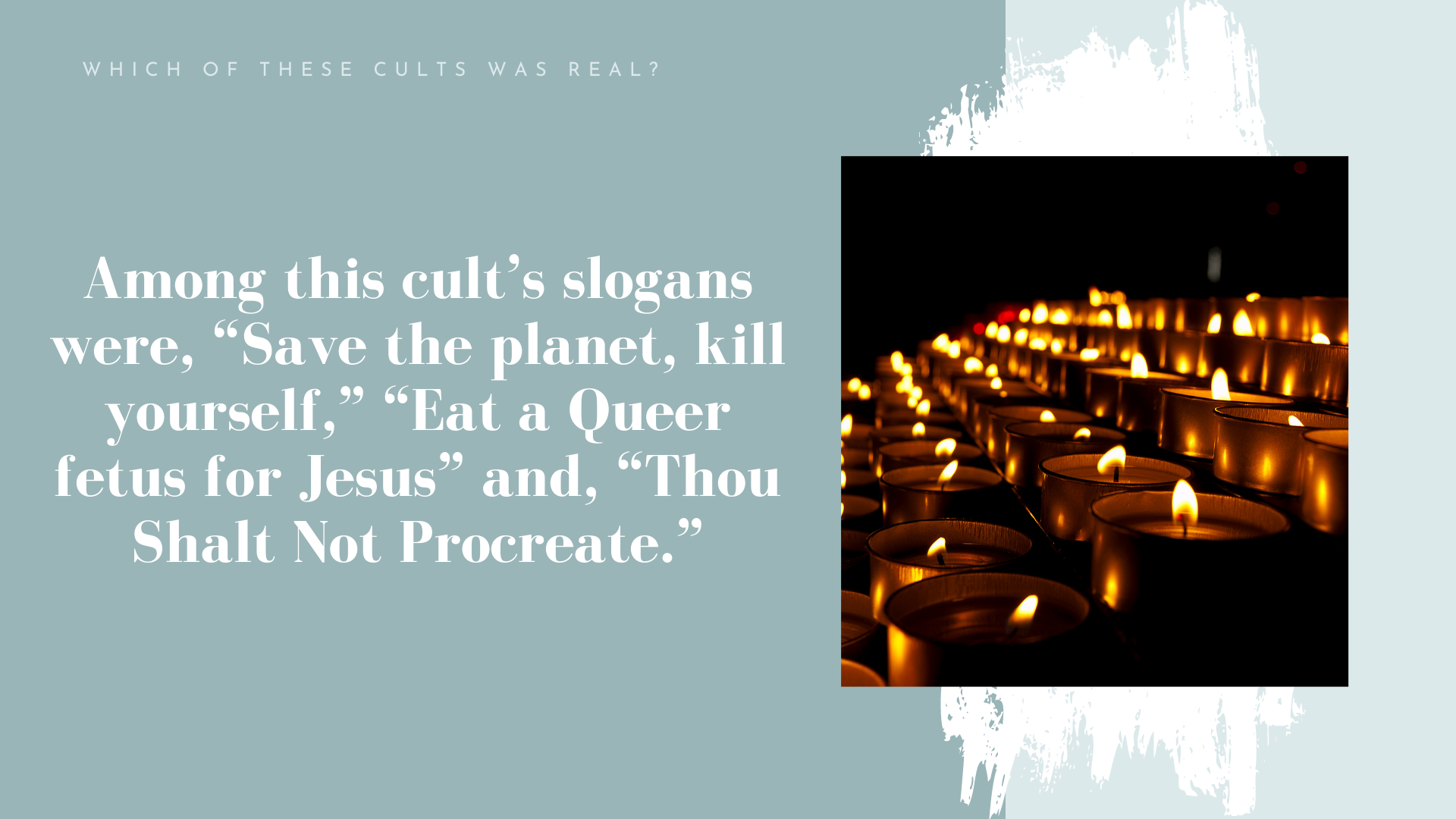 The Church of Euthanasia was founded by Chris Korda and Robert Kimber in 1992. It sought to “restore the balance between humans and the remaining species on Earth.” The ‘church’ has come out in favor of events like 9/11 when they released a video labeled “I Like to Watch” with the quote, “People dive in the street / While I play with my meat.” They also released a pro-suicide video called “how to kill yourself” that was removed in 2003 when a woman used it and legal actions ensued. 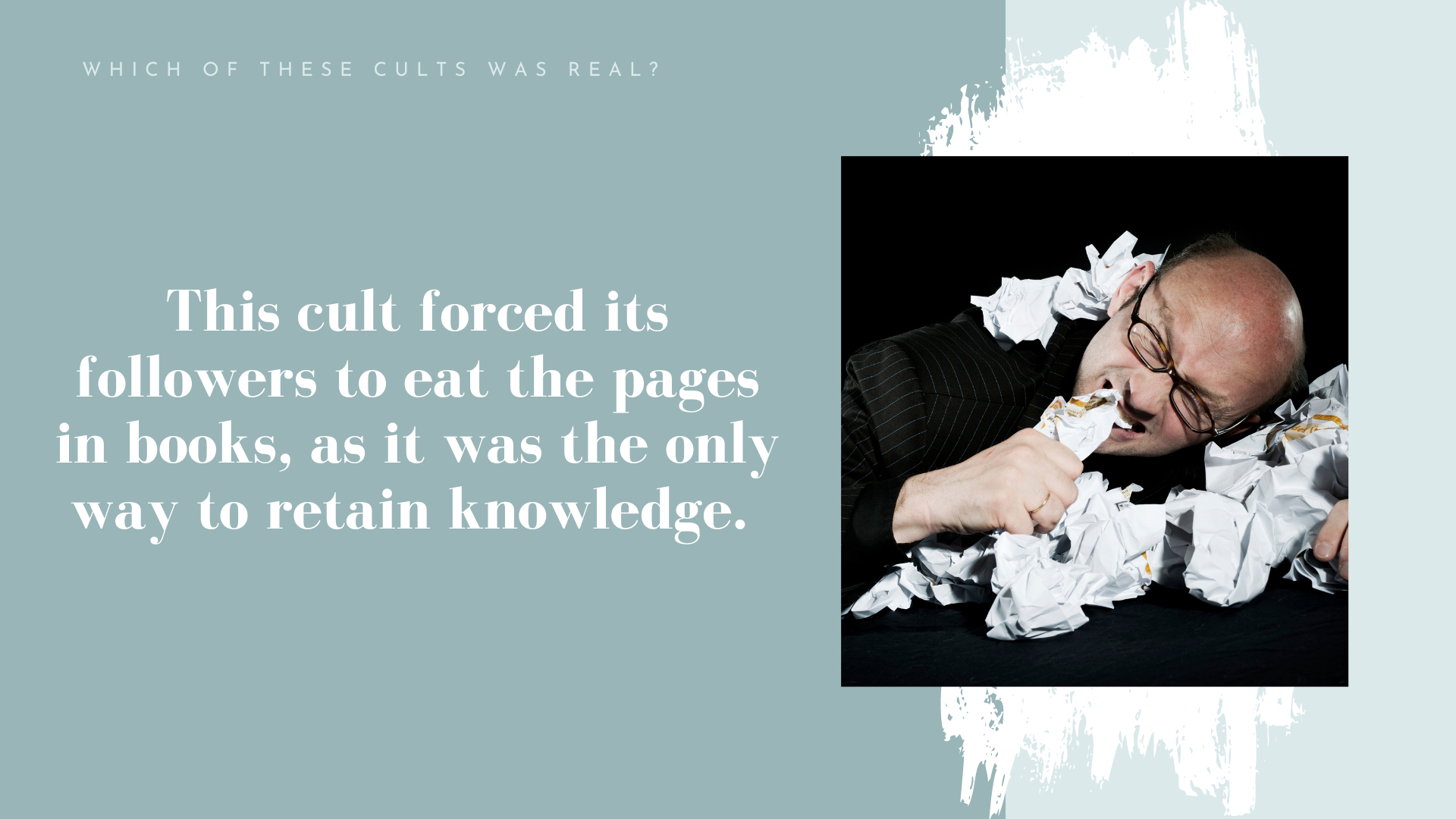 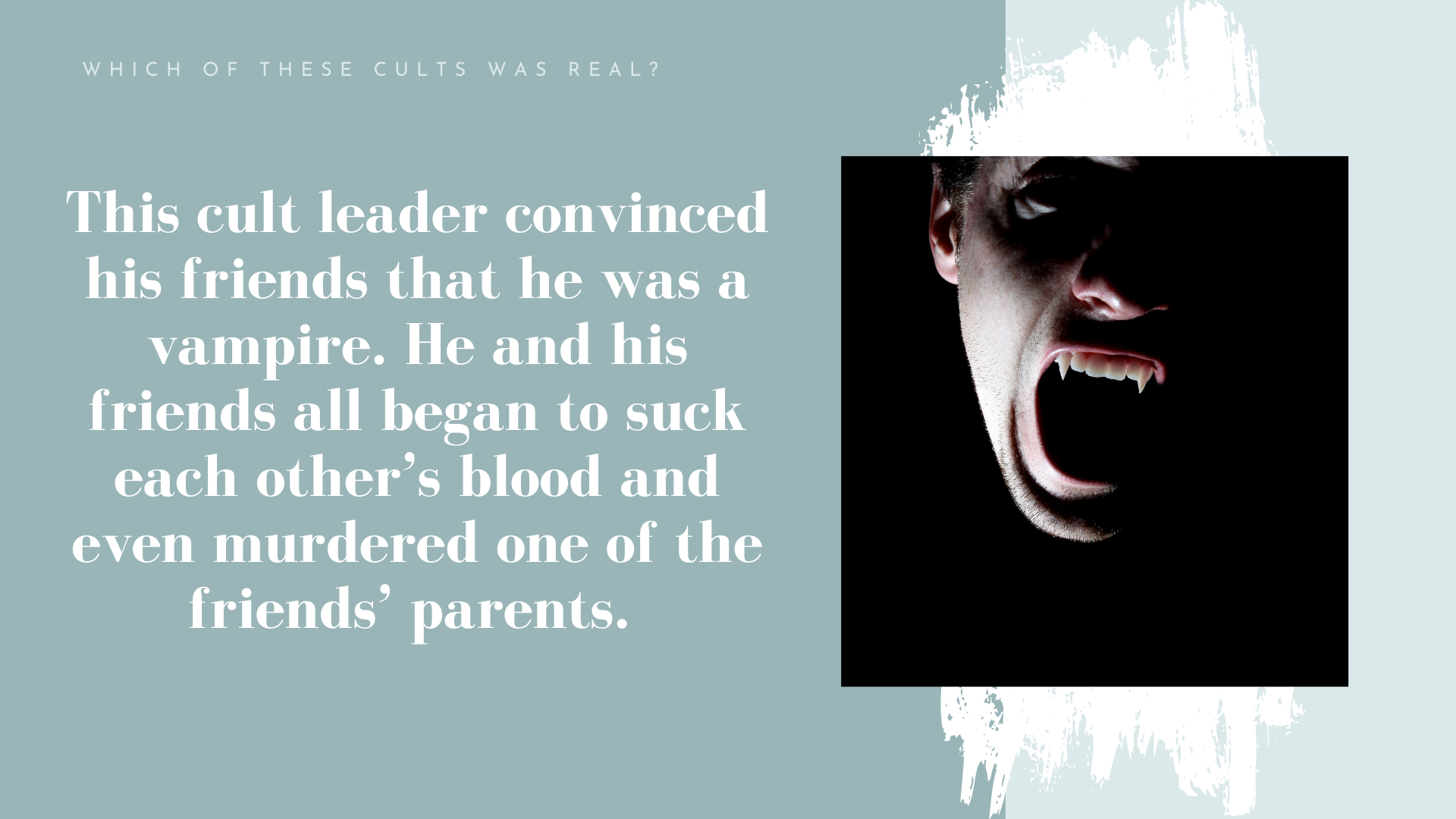 Explanation: The cult was formed by Roderrick “Rod” Ferrell when he gathered a small group of teenagers together. Rod claimed to be a 500-year-old vampire named Vesago. In 1998, Ferrell was found guilty in the murder of a couple in Florida and became the youngest person in the United States on Death Row. His penalty has been reduced to life in prison since then. 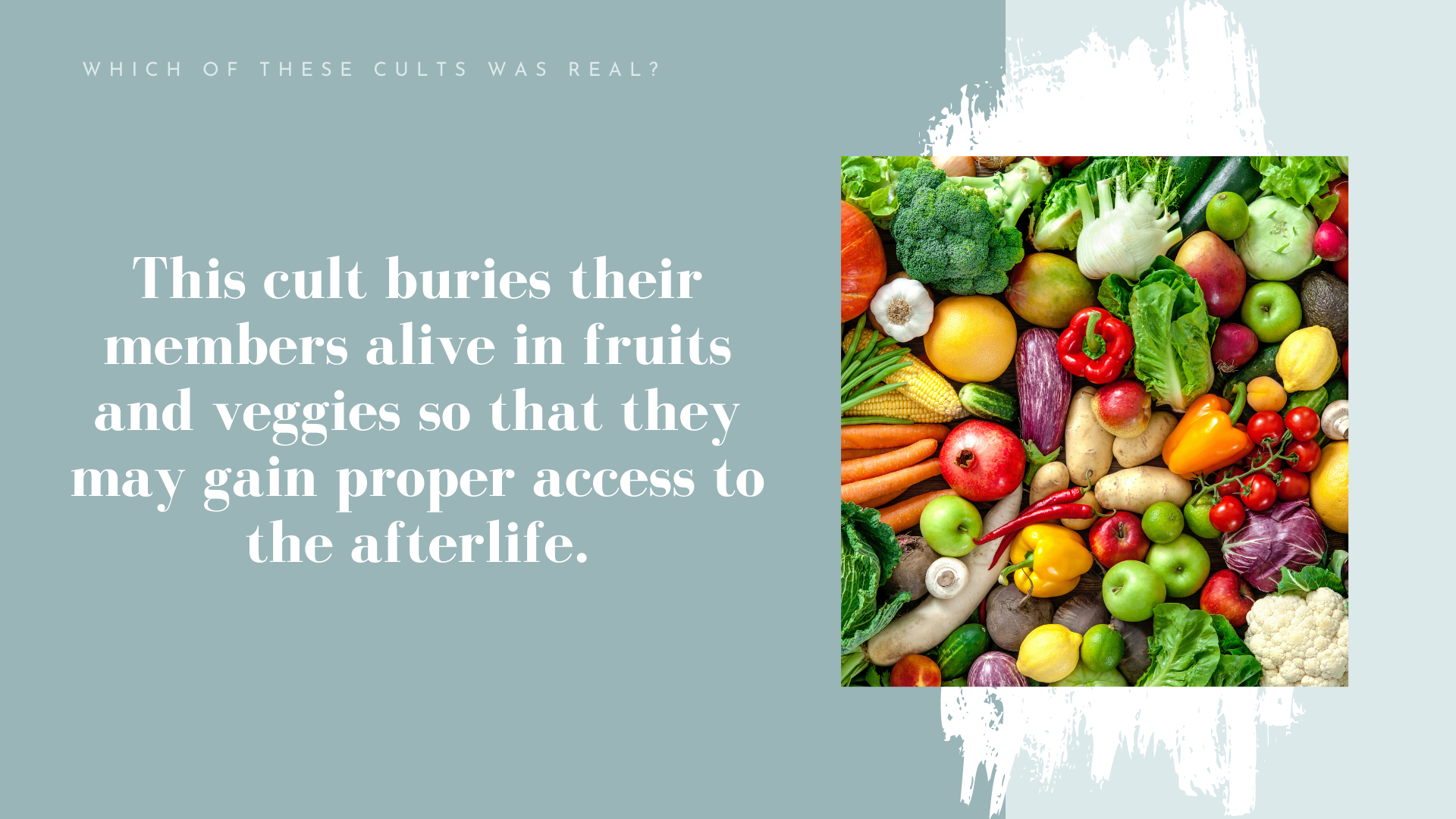 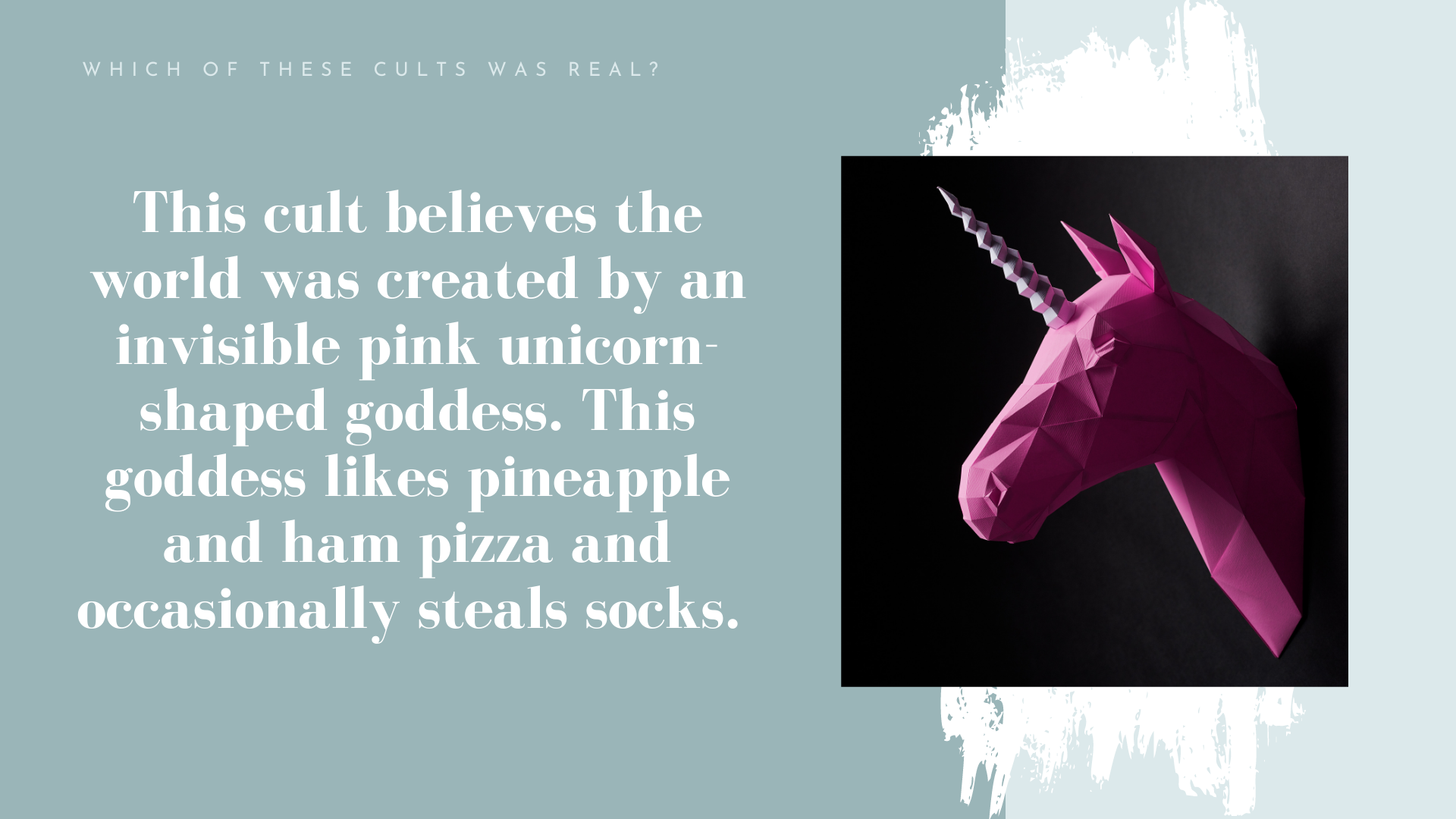 The cult of The Invisible Pink Unicorn is very much like the Flying Spaghetti Monster and isn’t much of an established cult. The unicorn is invisible to anyone who doesn’t have faith in her.

Cults Quiz
What do you have against cults?

Look, we're not saying you should be a part of a cult, promise. But maybe educate yourself -- you know, so you don't end up in one accidentally. We know unicorns are tempting.
You know a general amount about cults.

You've probably gone on Wikipedia and read up on certain cults, which, same. After all, they're pretty interesting! Hopefully we taught you a thing or two to feed your curiosity.
Okay, so you did pretty well...

You know a good amount about cults... you okay, lady? Blink twice if you need saving. But, hey, if you choose to follow the Flying Spaghetti Monster, I can't stop you.
Did you join a cult at some point, or what?

You alllllmost got a perfect score, so, like... were you almost a part of a cult orrrr? No judgement, but I'm dying to know what you believed in. Or you're just into true crime and watch a lot of Dateline (hello, it's me).
Alright, cult leader, we get it.

I'm not afraid of you, just deathly curious, because you clearly started a cult. What inspired you? How did you bring in followers? Actually, I'm not sure I want to know... congrats on the perfect score, though?

What did you get on our Halloween quiz? Do you know your cults? Tell us in the comments, and Happy Halloween!

For More Spooky Articles, Read These:

These 10 True Crime Stories Will Make Your Skin Crawl

Beware! These 10 Terrifying Ghost Stories Will Make You Hide Under Your Covers