​​Clubhouse, a social media app, has blown up, becoming a premier audio community. People immediately flocked to the Clubhouse app, looking to enter this exclusive space that was once invite-only. It’s reminiscent of other apps’ Lives, and it’s sparked a legion of rivals.

But what exactly is Clubhouse? And is it actually worth the hype? Here’s what you need to know about the popular app.

Clubhouse began as Talkshow in 2019, but switched to Clubhouse in March, then released to iOS users. The money behind it was impressive, with venture capitalists latching onto the platform. The ultimate goal was to create productive conversations. As the founders wrote in their first blog post:

“The intonation, inflection and emotion conveyed through voice allow you to pick up on nuance and form uniquely human connections with others. You can still challenge each other and have tough conversations—but with voice there is often an ability to build more empathy. This is what drew us to the medium.”

The concept behind Clubhouse is simple: it’s a place for people to talk about a variety of topics and it fosters connections.

Clubhouse is a new kind of social network. A home for real talk and real friendship. A more human place on the internet. Come on in and be yourself 👋 pic.twitter.com/zEIy1zBFVs

There are “Rooms” with speakers, and users can join as audience members. The draw is different from other platforms’ Lives due to the audio-only interface – no cameras, so no extensive hair-and-makeup beforehand or choosing the perfect background. The conversational tone makes the Room and its speakers feel more human. The lowered pre-stress levels lead to more raw and, perhaps, more meaningful conversations.

These Rooms are about a variety of topics – for example, there’s one for Women Entrepreneurs to support women in business; Tech Talk, which helps to make tech accessible for everyone; and Human Behavior, to discuss psychology. Basically, you want to be a part of a conversation, you can find the topic on Clubhouse.

To become a host and open a Room, you can simply click a button and then promote the link through the app and on social media. If you want to hold a panel with others, it’s completely possible – just add a co-host if you’d like, then invite up to 10 speakers. Clubhouse is like applications such as Zoom, but on a wider scale and with an audience drawn to your Room in-app.

March was the perfect time to announce it: right as Clubhouse was released, the pandemic hit, and people were desperate for social interactions. By December of 2020, Clubhouse had 600,000 users, despite the app being invite-only at the time.

And if you thought this number was huge, consider this: literal millions were on the waitlist to get in. If you checked social media, there were tweets begging for an app invite; others were selling their extra invites to make a profit off of Clubhouse’s exclusivity. (Just check out this sale on eBay, with invites going for $125.)

In February of this year, almost a year after its launch, Elon Musk announced his appearance on “The Good Time Show.” There were 5,000 viewers, breaking Clubhouse’s limit of attendees; journalists had front-row seats to the conversation, something Clubhouse discouraged in order to maintain exclusivity for those who were invited to the app.

After the announcement of Musk’s and Tenev’s conversation, January found a jump from its 600,000 users to two million users – and please keep in mind that it was only for iOS, not Android. Clubhouse became a worldwide phenomenon — there were even second-hand markets in China selling invites when the app wasn’t available there (and is no longer available as of February, due to censoring).

A year after its launch, Clubhouse had reached 10 million users – and this was without Androids. In May of this year, Android was finally given access to Clubhouse (as long as they had an app invite, of course). This was a smart move – as of July 21st, two months after the Android release, Clubhouse has reported 10 million Android downloads.

Clubhouse: No Longer An Invite-Only App

As of July 21st, Clubhouse has been opened to the general public. In a blog post, Clubhouse’s founders explained that while the app being invite-only during beta testing was necessary to work out kinks, they’re “thrilled to share that Clubhouse is out of beta, open to everyone, and ready to begin its next chapter.”

Databox conducted a survey in March of this year, and 86.2% of people said they believed that Clubhouse “will be a viable marketing channel for businesses.” Only 6.9% of those surveyed said no, while the final percentage remained on the fence. And nearly half of those surveyed reported generating business through the app.

Compared to other apps, Clubhouse remains the OG for those wanting an audio-based, in-app experience. But their competitors do have features that Clubhouse is still working on.

For example, Discord’s Stage Channel can be used on desktops, and it also features text- and photo-based communication, screen sharing, and private messaging. 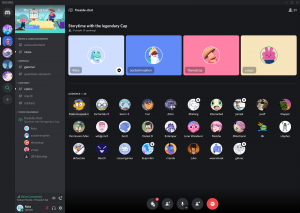 Spotify Greenroom is also similar to Clubhouse, though there are fewer search functions. For example, you can’t search for a specific room – instead, you can find a room through the home page or by choosing a topic. It’s a minor extra step, but it can be annoying when you’re trying to find that one specific room.

And then there’s Twitter Spaces. With approximately 350 million users on Twitter, those who religiously use the app may stick with their new Spaces feature, rather than trying out a new site. Rather than “Rooms,” you can create “Spaces.” A bonus that it provides: a captioning system, something Clubhouse still lacks. While the system isn’t perfect, it’s much easier for those who are hard of hearing to participate in a discussion. 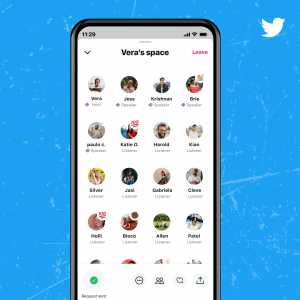 So, Should You Join Clubhouse?

If you’re hungry for social interaction that will leave you fulfilled – be it through learning, communicating, or listening thoughtfully – Clubhouse is for you. With so many Rooms and “influencers” (popular users), you’re bound to find a community you feel secure in.

Now that Clubhouse isn’t an invite-only app, you can feel free to sign up and use it as you’d like. There’s no pressure to use it because you received an invite from someone.

Clubhouse can be a lot, but it has created more value in the audio space. People enjoy hearing others’ voices and having real-time conversations — something which can be hard to have through other social media apps that are text-only, with posts flying down your timeline every millisecond. And in a time where human interaction is scarce, Clubhouse has created real, active communication to bridge the gap between isolation and community.

Have you tried Clubhouse? What are your thoughts on it? Share with us in the comments!

If You Want More Monet Life Tips, You Should Check Out:

“Culture Fit” Is Out. Here’s Why You Should Hire Based On Value Fit Instead