For one of my college classes, I had to watch the film “Real Women Have Curves.” Though “had” is not the right word — I loved the film and its message. 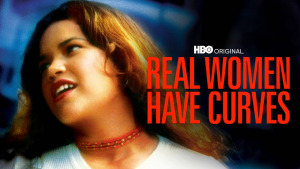 As Hispanic Heritage Month nears its end (it began September 15th and ends on October 15th), we put together a list of our favorite movies to watch as we celebrate the independence gained by many Latin American countries.

Real Women Have Curves tells the story of Ana, a high school graduate who is standing at a crossroads in her life. While her domineering mother Carmen wants her to stay in East LA and work for the family’s textile factory, Ana feels that she is destined for more. 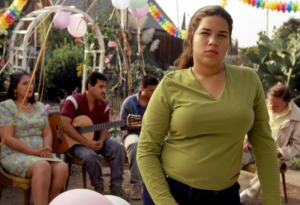 Her teacher helps her to apply to Columbia University, something her mother vehemently objects to. The movie tells the story of a woman with ambition greater than what’s expected, and the growth that comes with unforeseen options.

Under the Same Moon

With the hopes of providing her son with a better life, Rosario works illegally in the US, sending money to her ill mother and nine-year-old Carlitos. 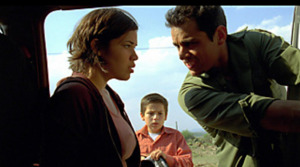 After Rosario’s mother dies, Carlitos takes it upon himself to find his mother. When he escapes from a raid by immigration, he joins a fellow immigrant on a journey to America. Under the Same Moon chronicles Carlitos’ quest to reunite with his mother, despite the bumps in the road.

Shown at Sundance, Cesar’s Last Fast is a documentary about Cesar Chavez, his life, and the fight for farmworkers. 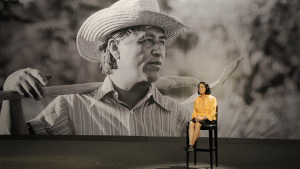 Depicting the story of Mexican-American struggles, civil rights and non-violent protests, religion, and the difficult environment labor workers faced, the documentary recounts Chavez’s response to unfavorable labor work conditions and the resistance he experienced fighting for his and his fellow labor workers’ rights.

Coco was a hit when it was released in 2017, and it’s no surprise why — how can you deny a Disney movie for the whole family?

In Mexico, Miguel’s dream is to be a musician, though his great-great-grandmother has banned music. After stealing a guitar from a mausoleum, Miguel enters the Land of the Dead. Learning he will become one of the dead without receiving a blessing to return to the Land of the Living, Miguel discovers family secrets — ones that tore the family apart, and ones that bring the family back together.

Tita is the youngest daughter in a Mexican family, banned from marrying the love of her life due to tradition. Frustrated, Tita turns to cooking, pouring her emotions into her food –- and causing similar emotions in those who eat it. 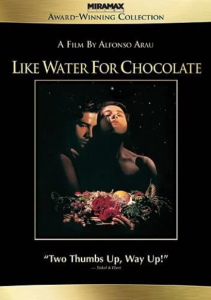 A film about the tragedy that stems from heartache and breaking free of a family’s traditions, Like Water for Chocolate is a realistic portrayal of complicated relationship dynamics and the sequences of events that come with it.

Selena was an absolute icon, gone far too soon. The biographical musical drama stars Jennifer Lopez as the singer, detailing her humble beginnings, rise to fame, and eventual stardom. 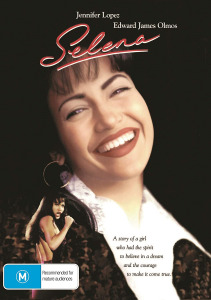 Director and writer Gregory Nava spoke with Selena’s family in depth, recording hours’ worth of stories from the family, careful to accurately depict her life. Selena’s father was a producer of the film; the result is a realistic take on the singer’s life, without false gossip.

Cindy Shank was a loving Mexican-American mother. Then, she was arrested in 2007 for being tangentially involved with her ex’s drug dealing six years prior. 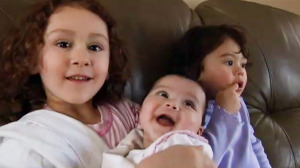 Sentenced to the mandatory minimum sentence of 15 years, her brother, Rudy Valdez, created The Sentence about their experience and the effect of long-term prison sentences. Important to note: In 2015, the United States Sentencing Commission reported that 41.5% of offenders serving mandatory minimum sentences were Hispanic, while only 27.2% were white — a gap you can’t ignore.

Another movie to watch with the kiddos, McFarland, USA is based on a true story. A football coach is fired for assaulting a player, leading to his relocation to a predominantly Hispanic town. 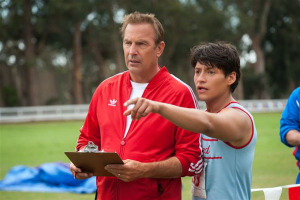 While initially upset by this, the coach finds that many of the more impoverished students are fast athletes, and he puts together a cross-country team. There are ups and downs, of course, but the end of the story is heartwarming.

In the Time of Butterflies

The Mirabel sisters are living in the Dominican Republic under the dictatorship of Rafael Trujillo. 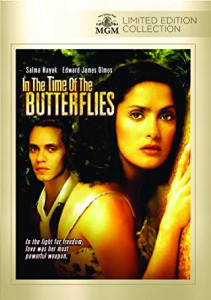 They fight against the dictatorship and their husbands’ arrests, until Trujillo — who has many encounters with sister and resistance member Minerva, nicknamed Butterfly — promises to help the sisters…but not in the way they imagined. Based on the book of the same name, In the Time of Butterflies is a moving film about standing for what’s right.

Dolores Huerta is a badass, and this 2017 documentary captures her determined spirit. The film explores Huerta’s involvement as the co-founder of the United Farm Workers, as well as her involvement in other movements, including the Chicano movement, Civil Rights movement, and LGBTQ social movements. 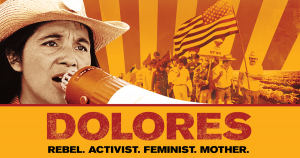 Through footage of strikes, as well as historic and recent interviews with fellow activists, family members, and Huerta herself, the film details the impact of her work and cements her legacy as a human rights activist.

The Infiltrators is based on real-life events. When an undocumented immigrant is detained by ICE, his family reaches out to the National Immigrant Youth Alliance. 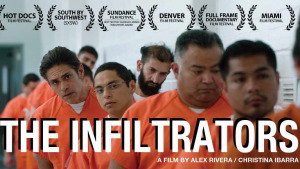 Arranging their own arrests, two DREAMers go undercover to release other undocumented immigrants awaiting deportation. With documentary footage, as well as re-enactments for emotional effect, the film gives an inside look into the for-profit Broward Transitional Center.

It can feel embarrassing to be held behind fellow classmates — and that’s exactly what Mexican-American students felt when held in “beginner,” “low,” and “high” first grade classes due to the idea that Latin students were unintelligent.

Stolen Education documents this treatment toward Spanish-speaking students, as well as the testimony of eight young students in a federal court case to ban this discrimination. (Spoiler alert: they won.)

Which movies did you watch for Hispanic Heritage Month? Did we miss any? Share with us in the comments.

For More Articles On Entertainment And Media, Read These:

‘Cry Macho’ Proves That Clint Eastwood Is Still A Star, Even At 91 Years Old

‘What Happened, Brittany Murphy?’ Does Little To Celebrate Her Legacy Keep Reading
Beware! These 10 Terrifying Ghost Stories Will Make You Hide Under Your Covers Keep Reading
Looking For A New Book? This Quiz Will Tell You Which One You Should Read Next Keep Reading
Justin Bieber Superfan Diane Keaton Stars In His New Music Video Keep Reading
Jonah Hill Does Not Want Your Comments On His Body, Good Or Bad Keep Reading
Leave A Comment
Share
Join the Conversation
Cancel reply
shesafullonmonet_ Follow
View Open