When I was a toddler, people said it was a phase and that eventually the weight would fall off. It was not a phase — it indeed was a problem that was not resolved until way later in my life. People have often asked me where I think it started. In the south we are known for our food and how we celebrate food. Anytime anything happened, my grandmother was there with whatever I wanted, whenever I wanted, for whatever reason.

This eventually led to emotional eating. Then emotional eating became a binge eating disorder. I went from being open about what I was eating to being ashamed and closet eating. I would often act like I was not eating much, then at night I would eat whatever I could get my hands on. I was shamed by an abusive parent who was very open about their hatred for fat people, especially fat women. I looked at myself as disgusting and lazy. Why shouldn’t I? I was told I was. I was told I would never be loved due to the size of my body.

What happens when you tell children they aren’t worthy is that they either start believing you or look for other ways to feel appreciated. I did both. Being fat built a hard shell around my body, but on the inside I struggled hard. In horror of being bullied for being fat, I wanted people to talk about me in other ways. I purposely made myself known for being a “slut,” a “party girl,” and most importantly a “mean girl.” I would have rather been feared than bullied for my weight. 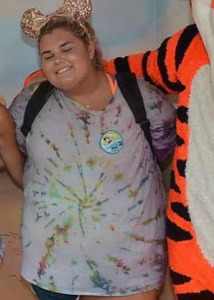 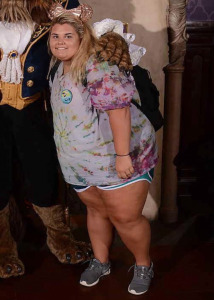 “I would have rather been feared than bullied for my weight.”

I was a part of the popular crowd my entire life. Being fat can be extraordinary in some ways — you have an incredible personality. I was also deemed as one of the funniest, most chill girls for as long as I could remember.

Yeah, guys liked me and girls wanted to be my friends, but this was not enough. As much as I was liked I was also kept a secret by guys and excluded from the sororities that I wanted to be part of. I was tired of being beautiful and not everyone seeing it. I was tired of living in a body that I was miserable in. I wanted freedom from emotional eating.

This is when I decided to become fearless. After years of trying to lose weight, I decided to look into weight loss surgery. I asked my dad if he would pay for the surgery and help me change my life. He wanted me to change more than anyone, so he said yes. Less than two weeks later I would undergo gastric sleeve surgery. It was a hard recovery, mentally and physically. 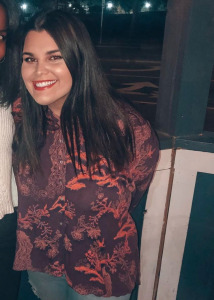 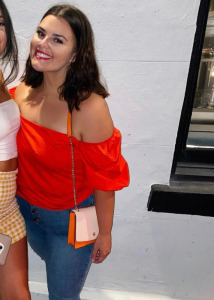 My stomach was cut in 5 places and reduced to the size of an egg. The weight started flying off and I felt more fabulous than ever. Guys started paying more attention to me and girls were commenting on my pictures telling me how good I looked. While I was losing weight, I was also losing a sense of me. I was losing weight so fast I myself was unable to see it in the mirror. I did not know who I was in anymore. I did not look like myself or feel like myself. I could no longer binge eat when I was in times of crisis, so instead I turned to anger. It eventually turned into alcohol and drugs. What I had done was called “transfer addiction” and it was my new way of coping without food. Drugs, alcohol, and a history of mental illness made me spiral out of control. To add to the mixture, I started becoming obsessive with my weight loss to the point where I would limit my calories and make myself work out 2 hours a day. I wanted to keep getting the attention and the compliments. The mixture eventually led me to an emotional break and I ended up in the hospital. Everything I had been dealing with and putting away came running back to me.

“I was losing weight so fast I myself was unable to see it in the mirror. I did not know who I was in anymore. I did not look like myself or feel like myself.”

After this I started to see myself in a new way. I was a lot happier when I could work out and eat regularly scheduled meals. I started feeling fabulous again. For once in my life, I was going on dates and seeing people who I actually wanted to see. My work life became better, because I finally felt that I was one of the girls. I started to enjoy school more, because I felt like I could go to class without guys talking about me. I had finally learned to love myself. Which eventually led me to finding my husband, who loves me for exactly who I am.

The point of the story is to share the ugly truth with mass weight loss. Losing 100 pounds and more is not easy, nor is it perfect. A lot of people who have lost just as much weight as me will tell you they have struggled with the same things or have gained the weight back. From fat, to fearless, to fabulous it was a journey; it was my journey. While my journey of finding freedom from emotional eating was hard, I would never change it for the world. I gained a new sense of life and I gained a new sense of me.

We hope this story inspired you as much as us! If you have a similar story or want to share how this one impacted you, let us know in the comments below!

Jami is a Southern belle raised in Savannah, Ga. She graduated from Georgia Southern University with a degree in Public Relations, and is now a part time bridal stylist and small business charcuterie board owner. Wife, dog mom, wine and cheese advocate, work out warrior, and survivor. All while being the young age of 22!

For More Stories From Inspirational Women, Check Out:

Exploring How Your Childhood Affects Your Eating Habits

What Is Intuitive Eating And Is It The Ultimate Anti-Diet?

Riding Boots Are Still Stylish, And You’ll Love Our Favorites Keep Reading
How Past Life Regression Meditation Helped Me Discover My Past Self Keep Reading
This Miracle Ingredient Is The Secret Weapon Against Aging Skin Keep Reading
The Little Things Is A Dull Thriller With Little New To Offer Keep Reading
Meatless Mondays: Even Your Kids Will Love This Vegan Eggplant Parmesan Keep Reading
shesafullonmonet_ Follow
View Open