Scathed or unscathed, we’ve all suffered through the obligatory awkward teenage phase. At one point or another, we could relate to Cady Heron from Mean Girls, when she showed up to her crush’s Halloween party dressed as a zombie “ex-wife,” because the Army of Skanks hadn’t schooled her about “slut rules.”

But it’s one kind of Halloween faux pas to show up dressed as the sole something-scary in an endless sea of something-sexy. It’s a different sort of faux pas entirely when your costume choice isn’t just awkward, but downright offensive.

It happens every year: someone, in an attempt to be funny or witty, concocts a costume that crosses the line. It’s especially cringe-worthy when that person is a public figure, someone who knows the stunt is going to rub off on idolizing fans or followers.

One egregious example is when Prince Harry dressed as a Nazi in 2005. Sure, he apologized, but only after the whole escapade became a scandal. And people are still Tweeting about it more than a decade later.

I think it’s worth comparing Secret Empire to the time Prince Harry went to a fancy dress party as a Nazi. 3/? pic.twitter.com/mXwriOz4Mr

I can’t decide which is worse: making a mockery of the Holocaust, or denying that it ever happened at all (yes, Holocaust denial is a thing).

And that’s just one obvious camp of offensive Halloween costumes. There are other, less flagrant (but equally reprehensible) forms of faux pas you should take care to avoid this season — whether you’re getting ready for your best friend’s annual spookfest or unleashing your eager adolescent into the wild. Let’s dive into the distasteful.

Cultural appropriation: Sure, you’ve heard of it, but do you know what it really means? If the concept is a bit fuzzy, you’re not alone. While certainly not a new phenomenon, only recently have we begun to talk about it or treat it seriously.

In fact, the term didn’t make an appearance in the Oxford English Dictionary until 2017, when the language authority defined “cultural appropriation” as:

“The unacknowledged or inappropriate adoption of the practices, customs, or aesthetics of one social or ethnic group by members of another (typically dominant) community or society.”

Simply put, cultural appropriation is taking an aspect of a different (usually minority) culture and using it for your own personal interest — like flaunting a cultural stereotype as a Halloween costume. 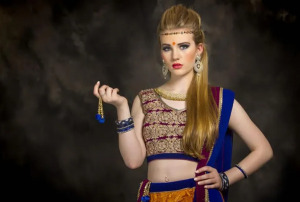 There’s a fine line between cultural appropriation and cultural appreciation, with the latter being the ideal we should all strive towards: celebrating and respecting another culture, with an earnest intention to learn about it, in a culturally relevant context.

So — wearing a sari to a Hindu wedding ceremony? That’s fine! It’s an example of cultural appreciation, because you’re showing deference to Indian traditions in the appropriate context.

Sending your blonde-haired, blue-eyed tween to school as an “Indian Bollywood girl” on October 31? Cultural appropriation, and a totally offensive Halloween costume. 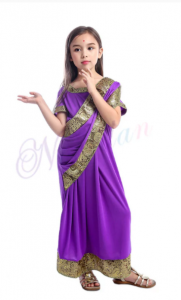 Here are some other cringe-worthy, culturally appropriated costumes that are never okay to wear on Halloween. 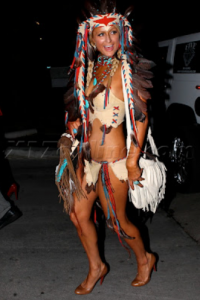 Paris Hilton’s stunt as a “sexy Indian” did not go over well with the public. 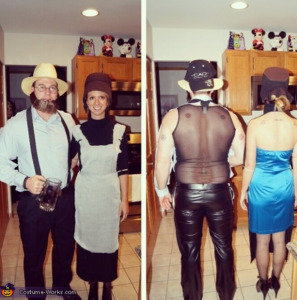 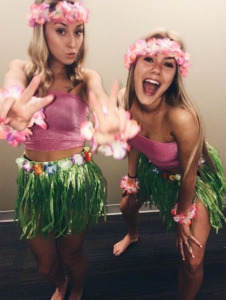 “It’s not just offensive to dress up as a hula dancer for Halloween, it’s racist to an entire native people closely connected to the cultural practice.” 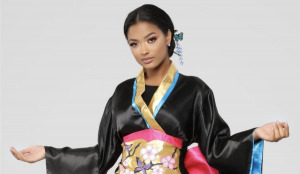 Apparently Fashion Nova discontinued the costume, but not before the Internet backlash immortalized the company’s shameful tactics.

I never had high expectations from the Kardashian/Jenner clan. Kylie later renamed her costume to “snow princess” (vomit), but the fact that she used the “Eskimo” slang at all shows she’s completely oblivious that the word is a racial slur. 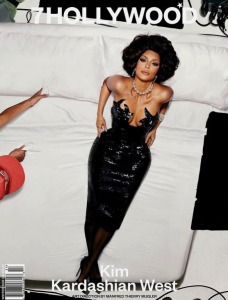 Speaking of the Kardashians, leave it to Kim to commit one of the most blatantly racist crimes. Blackface is never, never, ever okay. Not on a magazine cover, not on Halloween, not ever. 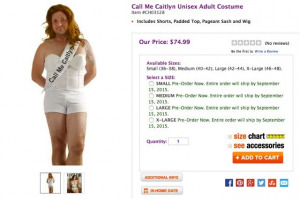 And as much as I despise the whole Kardashian/Jenner cadre, mocking Caitlyn for her gender identity is transphobic and unacceptable. 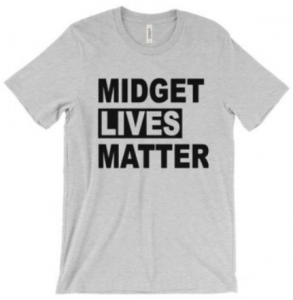 There’s nothing funny or cute about death, destruction, or any kind of trauma or tragedy. These offensive Halloween costumes also miss the mark: 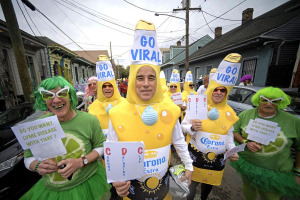 We’ve recently surpassed 700,000 COVID-19 deaths in the United States alone, and the number continues to rise. Trust me, we’ve heard all your Corona and Lyme jokes, and they’re still distasteful. 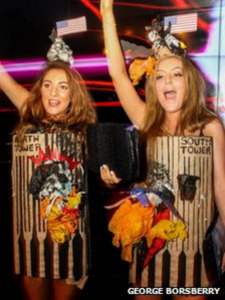 Taking the World Trade Center explosion — which killed 2,763 people — and spinning it into a sexy Halloween costume is not just lame; it’s in wildly poor taste. 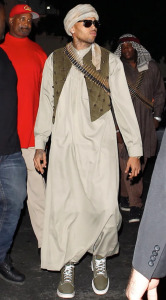 Of course Chris Brown, a known abuser of women, would make light of violence in the form of terrorism. This costume reeks of cultural appropriation, too. 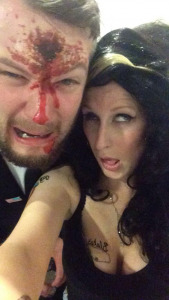 It’s one thing to dress as late celebrities out of respect, but it’s another to dress as their dead versions. JFK was assassinated, and Amy Winehouse died of alcohol poisoning. Murder and addiction are not a satirical matter.

Costumes of Others’ Misfortune

You wouldn’t mock someone else’s misfortune, whether it’s poverty or a disability, to that person’s face, right? Making light of it on Halloween isn’t okay, either. Avoid these costumes that are equally crass: 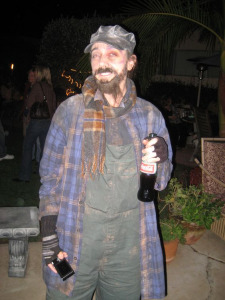 Each year, at least a few kids in my neighborhood brag that they’re dressed as a “hobo” for Halloween. Not only is “hobo” an offensive term, but homelessness is a national crisis. Instead of making a joke of it, teach your kids about the importance of charity. 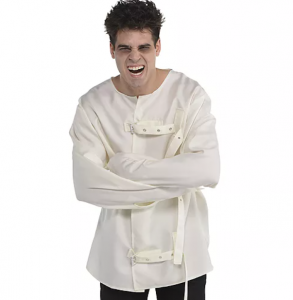 This “Psycho Straight Jacket” costume only reinforces damaging stigmas about mental illness. And don’t even get me started on the “Sexy Psycho Nurse.” Seriously, we need to stop calling anyone “psycho,” period. 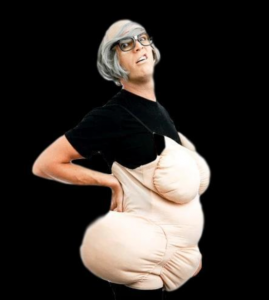 Wearing a woman’s fat suit — especially one boasting “saggy boobs” and an “oversized rear-end” — is not just sexist but blatantly body shaming.

Anything Mocking a Disability 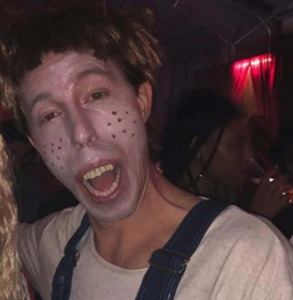 While it seems common sense not to dress up as someone’s disability, it happens often enough to have sparked the hashtag, #DisabilityIsNotACostume. 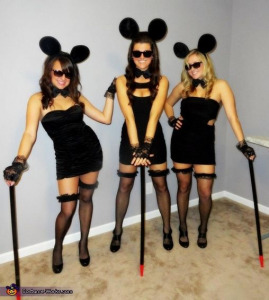 From “Simple Jack” to “Three Blind Mice” — which caricature intellectual disability and blindness, respectively — these costumes are never funny, they’re ableist as hell, and they spread negative stereotypes about people who are different from you.

Looking for a costume that shows off your wit in a non-offensive way this year? Check out our list of creative and fun costume ideas!

What are your favorite Halloween costumes that make a statement without being offensive? Share your thoughts in the comments.

For More Halloween Goodies, Read These: